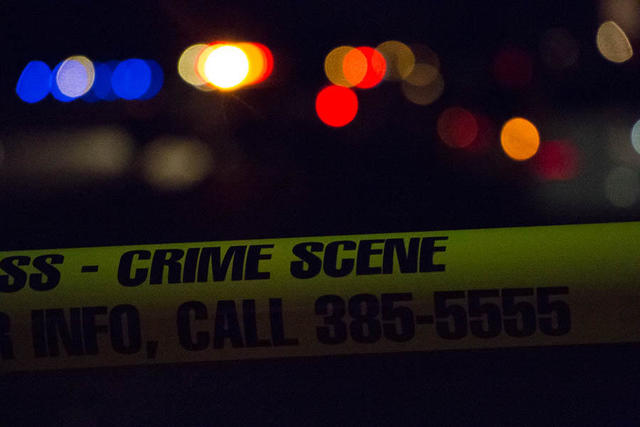 Las Vegas police are investigating the Saturday night homicide of a man at a home in the central valley.

The Metropolitan Police Department responded to a call from one of the tenants around 7:30 p.m. from the 5300 block of Surrey Street, near Hacienda and Tropicana avenues, Metro said.

In a statement, Metro said all of the rooms appeared to be ransacked and in disarray. The victim was shot at least once.

A vehicle also went missing from the residence, Metro said, but was found several blocks away.

No arrests have been made.