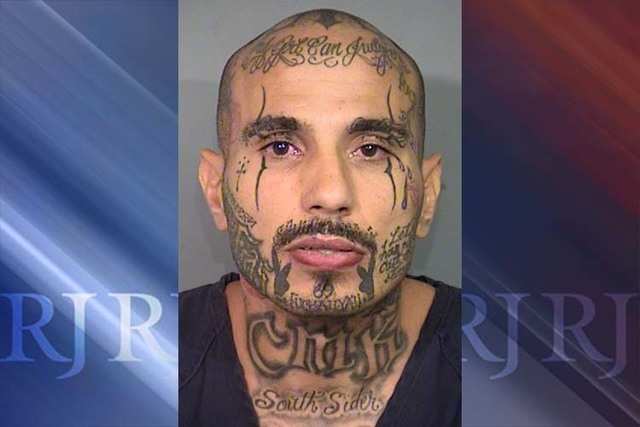 Police have arrested a roommate in connection with a shooting that left one man dead inside a trailer and injured a woman early Sunday morning at an east valley mobile home.

Just after 5:30 a.m., police responded to reports of a shooting in a mobile home at the Bonanza Village mobile home park in the 3700 block of Stewart Avenue, near North Pecos Road.

Officers found an unresponsive man with multiple gunshot wounds inside one of the trailers. Arriving medical personnel pronounced him dead at the scene.

In a nearby trailer, officers found a woman “with stab and gunshot wounds,” who was taken to University Medical Center. Police said she was “stable” but did not specify the severity of her injuries.

Police said that Espinoza “became aggressive with the occupants of the residence,” and after an argument began, he shot the man several times and stabbed the woman.

The woman, who was not identified, “received multiple gunshot wounds as a result of Espinoza’s errant behavior,” Metro said.

The identity of the man killed will be released by the Clark County coroner’s office once his family has been notified.

This was the 67th homicide in Metro’s jurisdiction for 2016.