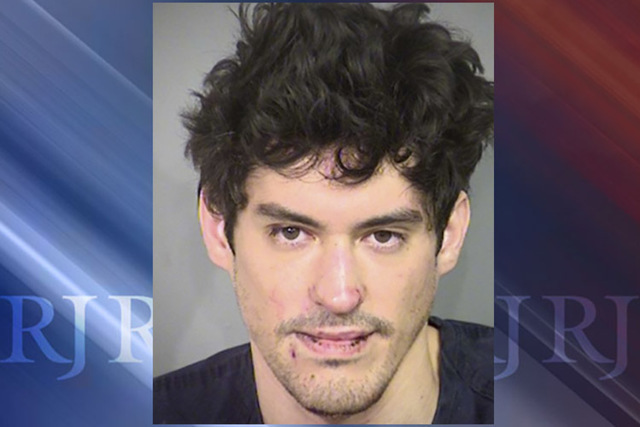 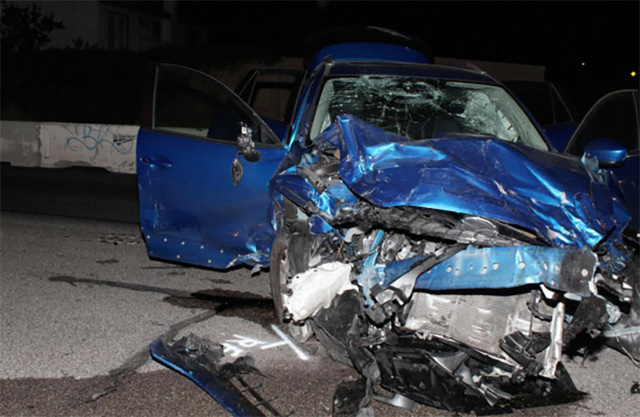 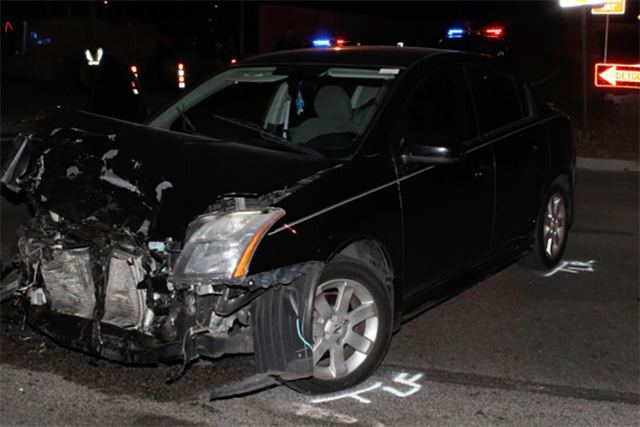 A driver was arrested for a multivehicle DUI crash that killed one Wednesday night, according to the Nevada Highway Patrol.

Around 10:45 p.m. Wednesday night, a blue 2014 Mazda CX-5 was traveling eastbound on Flamingo Road approaching the intersection of US 95 and Flamingo Road northbound off ramp.

A black Nissan Sentra and a red Toyota Camry were on the US 95 and Flamingo northbound off ramp approaching Flamingo. The Nissan was in the left lane and the Toyota in the right lane, the NHP said.

As the two vehicles entered the intersection on a green light to go westbound on Flamingo, the driver of the Mazda failed to stop for a red light and entered the same intersection striking the front of the Nissan. The Mazda continued east and struck the left side of the Toyota. The force of impact redirected the Toyota to the northeast causing it to cross the centerline and strike the left rear of a silver Nissan Frontier who was stopped at a red light on westbound Flamingo, according to the NHP.

The 71-year-old female driver of the Toyota Camry was pronounced dead on scene. The Clark County coroner’s office will release the identity of the female once next of kin has been notified.

The driver of the Mazda was identified as 29-year-old Denis Baldwin from Henderson. He was taken to University Medical Center for minor injuries then taken to the Clark County Detention Center and booked on one count of DUI resulting in death and failure to obey a traffic control device.