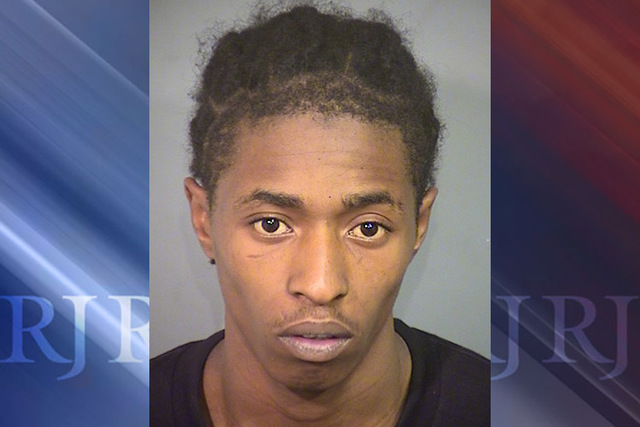 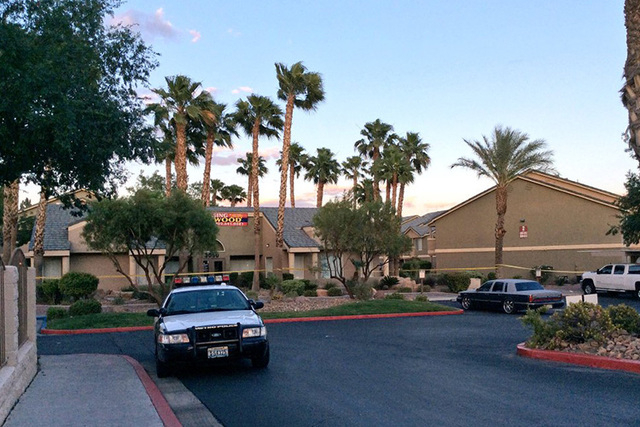 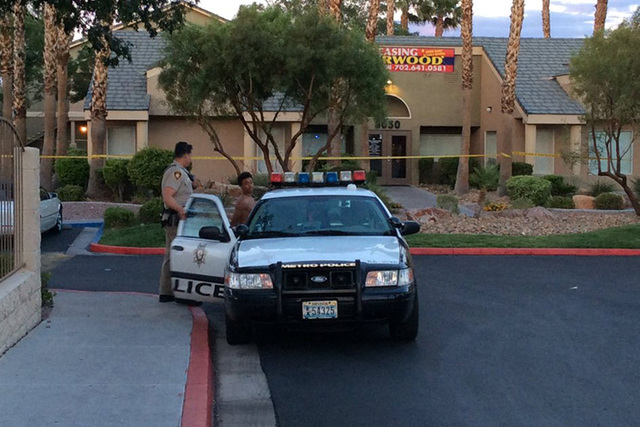 The 17-year-old boy who died last month after being gunned down near a southeast valley apartment complex’s swimming pool may have been targeted, according to the warrant for the man arrested in California last week in connection with the boy’s death.

The boy, Jhronne Maddox, was invited to the pool with another friend the afternoon of May 16. Together, they walked to the nearby apartment complex at 3050 S. Nellis Blvd., the document reads. Once there, two armed men came into the gated pool area, which was crowded with people, and started firing their weapons.

The boys ran away, but another vehicle pulled in front of them and the people inside started firing. As the boys again tried to run, occupants of a second vehicle started shooting at them.

Near the second vehicle, Maddox fell to the ground, where officers and medics later found him; he was taken to Sunrise Hospital and Medical Center, where he died.

In the moment, Maddox’s friend saw the boy fall to the ground but kept running as people kept firing at him; the friend injured his leg hopping fences and walls trying to get away before running into a police officer nearby.

The warrant document suggests the fatal shooting may have been gang-related, though Metro has not confirmed that.

A few days later, the friend’s home was shot up in a drive-by, which police said was “likely in regards to (the friend) not being killed or shot on the night Maddox (was killed),” the document reads; the friend’s family didn’t cooperate with police and wouldn’t give a statement about possible suspects.

The man arrested in San Pedro, California, last week in connection to Maddox’s death was one Terlmaine Weaks, 23.

Weaks was suspected of the shooting after detectives learned he had been arrested last August in connection with a separate residential burglary. At the time, three others were also arrested in connection to it: Maddox, the friend who was shot at and another male.

Police said Weaks “believed the boys snitched on him and they were trying to kill them both because of that,” the warrant document reads. His car also matches the description of the second vehicle involved in the fatal shooting.

A few days after the shooting, Weaks’ car was seen parked outside of an apartment at 3070 S. Nellis Blvd., just south of where the fatal shooting happened.

That same apartment was mentioned to police the day of the shooting, because a witness told police a group of men with guns loaded into a few cars in front of the apartment and drove off. A few minutes later, that witness heard gunfire.

Soon after the gunfire, at least two of the men hopped a wall and returned to the apartment, handed their guns to another person — who folded them into a T-shirt — then went back inside.

Two days after the shooting, police began surveilling the apartment. With a search warrant, police were able to place a mobile tracker on Weaks’ car.

Two days later, the car drove straight to San Pedro, where Weaks was arrested by California police. He is being held in Los Angeles County Jail awaiting extradition to Las Vegas, where he faces one count of murder and one count of attempted murder.

On April 26, less than a month before the shooting, Weaks was arrested on a separate burglary charge. At the time, an arrest report read, “it should be noted that Weaks has a criminal history with similar crimes.”

Within two days, Weaks was out on bail.

Maddox’s death marked the 70th homicide the Metropolitan Police Department has investigated this year. The night of the shooting, the sheriff came to the scene to address the public about a spike in violent crime.

Police are still looking for a second suspect in the shooting of Maddox, whom police had not named as of Tuesday evening.