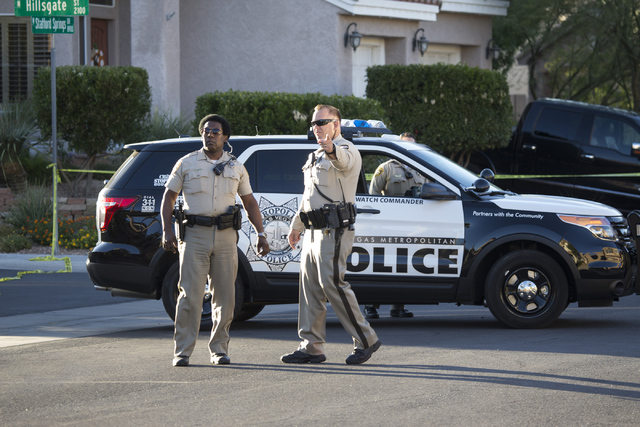 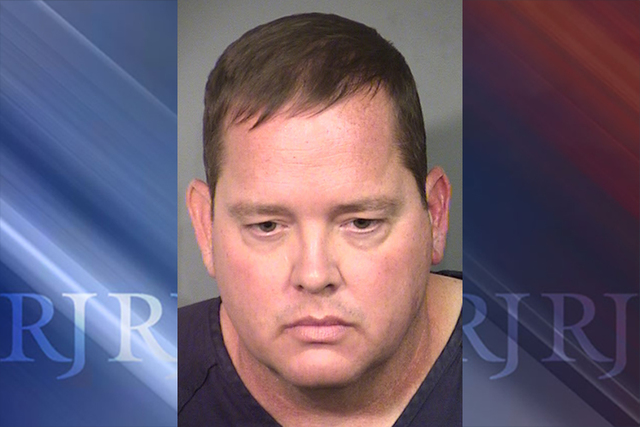 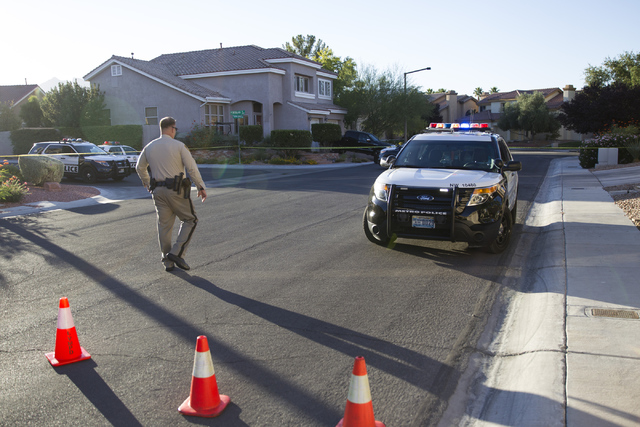 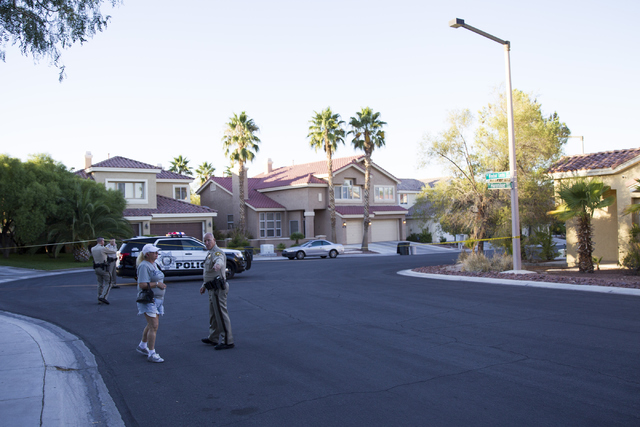 The scene near an active shooter is seen at the intersection of Henniker Way and Windsor Locks Avenue on Tuesday, Oct. 4, 2016, in Las Vegas. (Erik Verduzco/Las Vegas Review-Journal) Follow @Erik_Verduzco 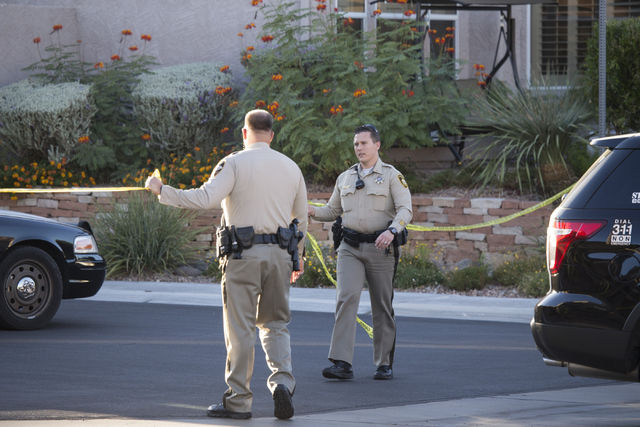 A woman is dead and her 45-year-old grandson is in custody after barricading himself in the backyard of his Summerlin home for hours Tuesday afternoon after a fatal shooting.

The woman killed was in her 80s, and she was shot in the middle of the street on the 2100 block of Henniker Way, near Lake Mead and Rampart boulevards, Metropolitan Police Department spokesman Larry Hadfield said.

A 35-year-old neighbor, who did not want to be named, said he was inside his home when he heard a loud bang about 4:30 p.m. He thought it came from inside, possibly a toilet seat slamming down. But when he walked outside about a minute later, he saw his neighbor lying in the street.

Judging by her obvious head trauma, he thought she had fallen or been hit by a car, he said. He began to render aid, but she wasn’t responsive.

“I was talking to her, trying to get her talking,” he said. At the same time, he said he was on the phone with 911.

He stayed with the woman for about five minutes, he said, as police were on their way. That’s when a second neighbor, who had a concealed carry permit and weapon, opened her door and shouted at him to go back inside.

“The guy who shot her is still here!” the woman yelled, according to the neighbor. So he ran back inside and hunkered down with his children.

“The scariest thing of all was the realization that it was a gunshot wound, and that she is my neighbor,” the man said.

For hours, Metro’s SWAT team tried to negotiate with the suspect, whom police identified as Bradley Christian Francis. He was sitting in the backyard of his Henniker Way home, armed.

By 8 p.m., he exited the yard and surrendered to police, who arrested him.

Francis was booked at the Clark County Detention Center on a murder charge. He is being held without bail.

Police are investigating whether an altercation occurred inside the home before the shooting, because a few neighbors told police the woman killed was already bloody when she came outside.

Another family member in his late teens was in the home during the shooting but came outside just as the barricade began, McGrath said. The young man was not harmed.

Neither the woman nor the suspect had a criminal history, according to police, and Metro didn’t have a record Tuesday night of any previous domestic incidents at the address.

During the barricade, residents in the immediate area were evacuated as a precaution.

The county coroner’s office will name the woman killed once her immediate family has been notified.

The neighbor who tried to help her said he channeled his more than 14 years of military experience when he charged toward her bleeding body.

“She’s a supersweet lady. They’re probably the nicest neighbors I have,” the man said. “It’s a horrific sight.”