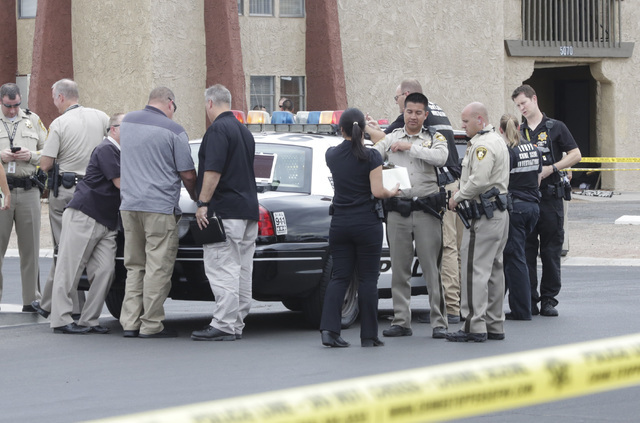 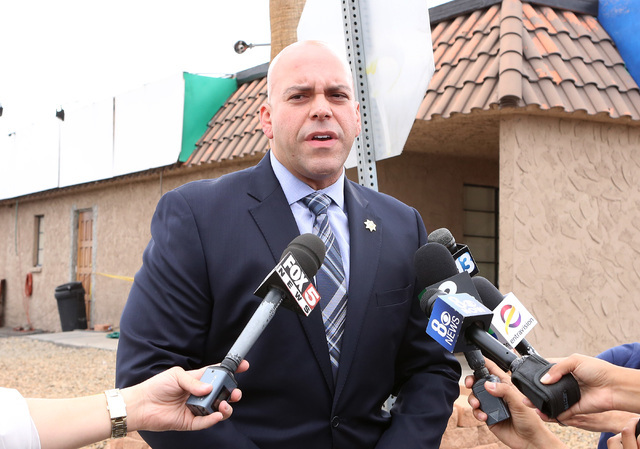 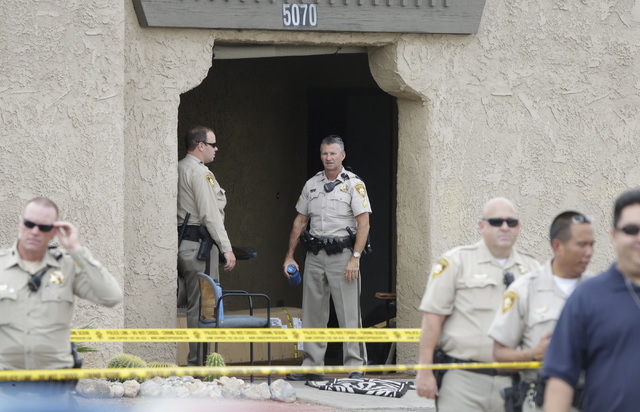 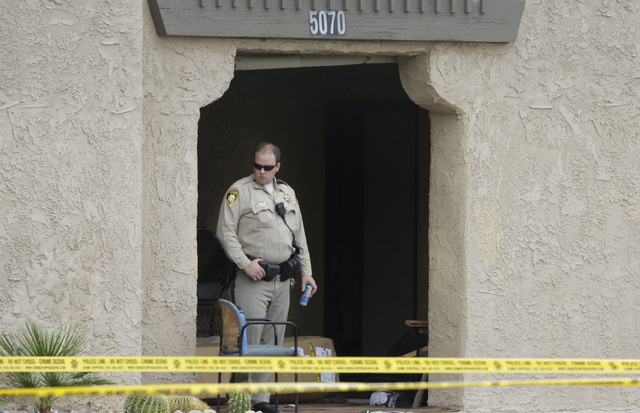 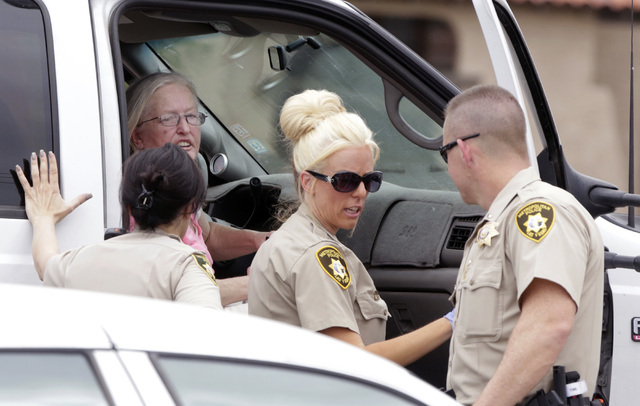 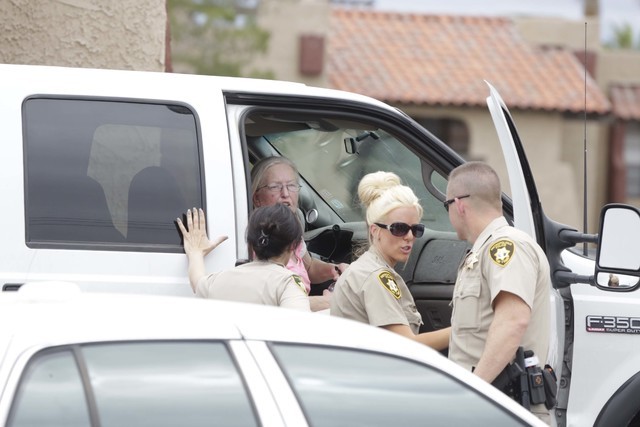 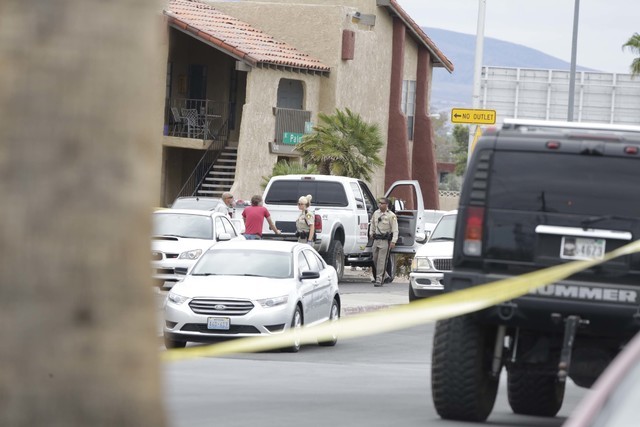 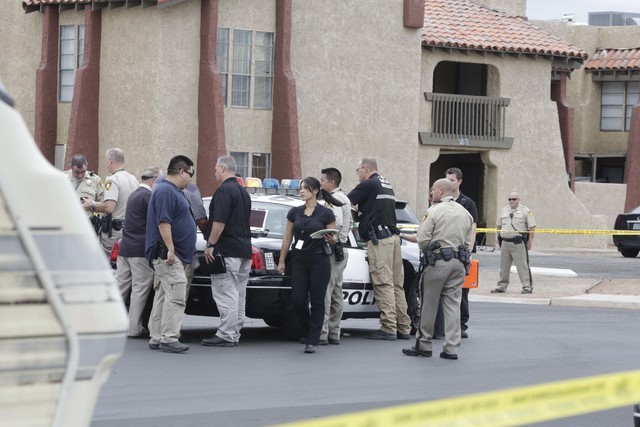 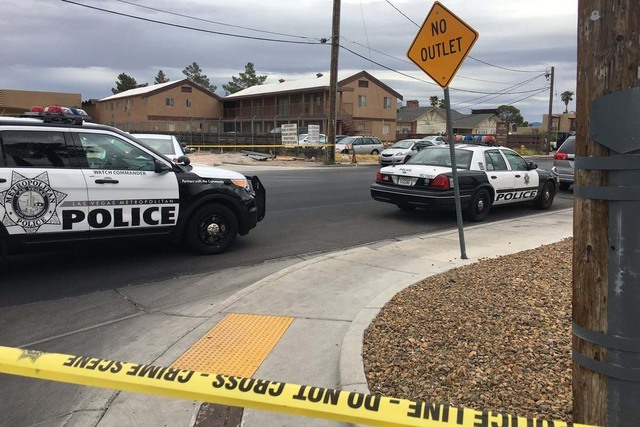 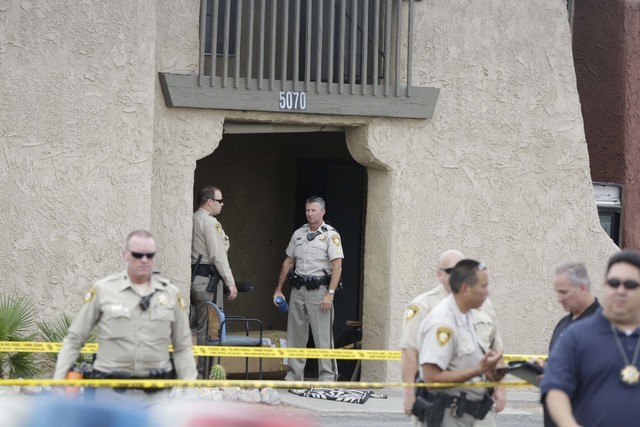 A husband and wife were found dead in their blood-splattered apartment Tuesday, and police said a man the couple tried to help could be to blame.

A 911 caller first reported a man walking around “covered in blood” about 12:15 p.m. at Palo Verde Villas, an apartment complex at 5070 Palo Verde Road, near Tropicana Avenue and Paradise Road, the Metropolitan Police Department said Tuesday.

Medical crews responded about 12:20 p.m., according to a Clark County Fire Department blotter.

Officers arrived shortly afterward, but the bloody man had disappeared. A neighbor alerted them to “rustling” inside a nearby apartment, where the man may have retreated, and officers forced their way into the first-floor unit, Metro homicide Lt. Dan McGrath said.

Inside the brown apartment building, they found the blood-covered man and two bodies. A man in his 60s and a woman in her 40s died on the scene from what appeared to be blunt force trauma, McGrath said.

Though police have not identified the couple killed, family named them: Robin Naples, 44, and her husband, Kelly Francis Naples Jr., 64.

“I was told they were beaten to death,” Sharon Beck, the woman’s mother, said Tuesday.

Frank Interlicchia Jr. is being held without bail at the Clark County Detention Center in connection with the case. He faces two counts of open murder and a count of home invasion, and he is due in court Thursday morning.

The mother said the couple had taken Interlicchia in recently.

“He was a friend of theirs, down on his luck,” she said. “They’ve never been anything but down on their luck, but they let him stay with them.”

Because the three lived together, the killings may be classified as domestic violence, McGrath said. But police had not confirmed their living relationship Tuesday night.

Metro spokesman Danny Cordera suggested earlier Tuesday afternoon that a baseball bat may have been used in the bloodbath. McGrath said it was too soon to confirm the weapon used.

The county coroner’s office is working to determine the cause and manner of death for the couple killed.

“She never met anybody she didn’t like,” the mother said of Robin Naples. “I said, ‘Robin, everybody isn’t nice. You’ve got to get that through your head.’”

“I’m just trying to get my mind around it,” she said. “I just know there are a lot of sick people out there.”