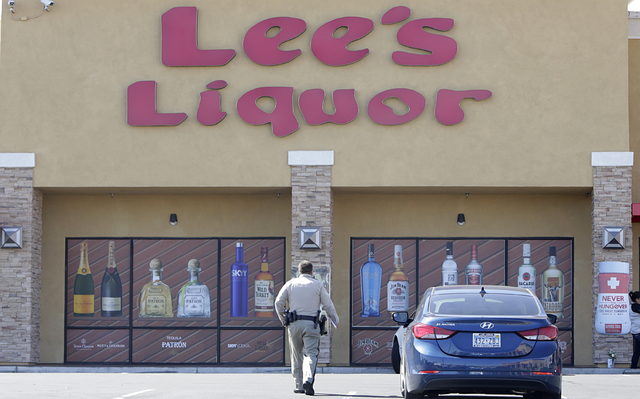 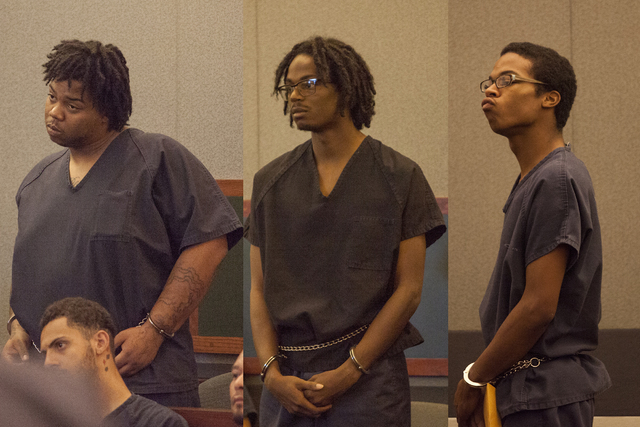 Three men accused of storming into a southwest valley Lee’s Discount Liquor armed with handguns and killing a clerk have been indicted, prosecutors said Thursday.

The 22-year-old defendant, who police said is a documented member of the 004 Hoodsman gang, faces several charges, including murder with a deadly weapon, along with brothers Lee “Murry” Sykes, 22, and Lee “Dominic” Sykes, 20.

The April 20 killing and robbery were captured by a surveillance camera, according to authorities.

In a span of about three minutes, the men robbed the store and ordered Christensen to open a safe, which he could not access, police have said.

Brown faces the same charges and one count each of false imprisonment by body shield and child abuse, neglect or endangerment. Authorities said he shielded himself with a child as an armed SWAT team confronted him.

Surveillance video reportedly showed that Dominic Sykes, armed with a black semi-automatic handgun, was the first to enter the store at 8785 W. Warm Springs Road.

Police said Brown, also wielding a handgun, briefly stopped a female customer from leaving the store while he pointed the firearm at three clerks inside, and Murry Sykes followed his co-defendants inside.

After the customer escaped, authorities said, Brown forced Christensen to an office in the back of the shop, as Dominic Sykes grabbed cash from a register and liquor from the shelves and Murry Sykes dumped the liquor into a plastic bag.

Brown grabbed Christensen’s wallet and cellphone and fired a shot toward the victim, authorities said.

They said Dominic Sykes ran to the back office and pointed his gun at Christensen, and Brown then shot Christensen several times before the men ran from the store.

All three men are being held without bail at the Clark County Detention Center.