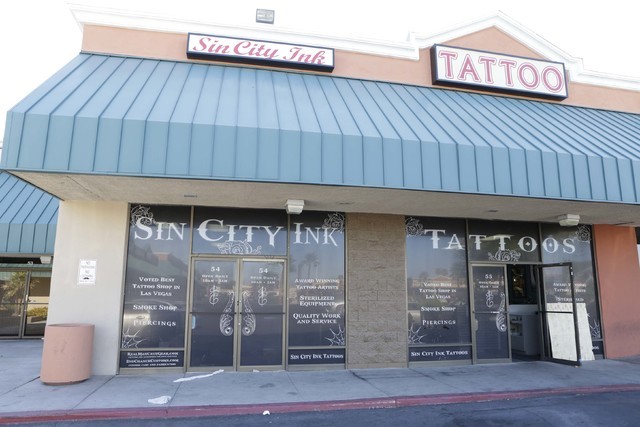 A man was killed and another was wounded after a shooting at a southeast valley tattoo parlor Monday night.

Two Hispanic men initially walked into the parlor armed with handguns and began beating a male employee. It’s unclear what the confrontation was about, but police do not believe it was a robbery because there was no demand for money.

During the shooting, one of the men who started the confrontation died in the doorway. The other got into an old, gold Cadillac Escalade and left the scene, but a patrol officer pulled him over and arrested him without incident not far from the parlor.

Detectives arrested 28-year-old Eric Garcia. He was taken to the Clark County Detention Center where he was booked on multiple counts of attempted murder with a deadly weapon and prohibited person in possession of a firearm.

The employee had a bullet graze his head. He was treated at Sunrise Hospital and Medical Center and released.

As of Tuesday afternoon, the motive behind the confrontation and shooting was unclear.

The Clark County coroner’s office will identify the man who was killed once his family has been notified.

The investigation continues. Anyone with any information about this incident is urged to call Metro’s homicide section at 702-828-3521, or Crime Stoppers at 702-385-5555.

This is the 98th homicide investigated by Metro in 2016.