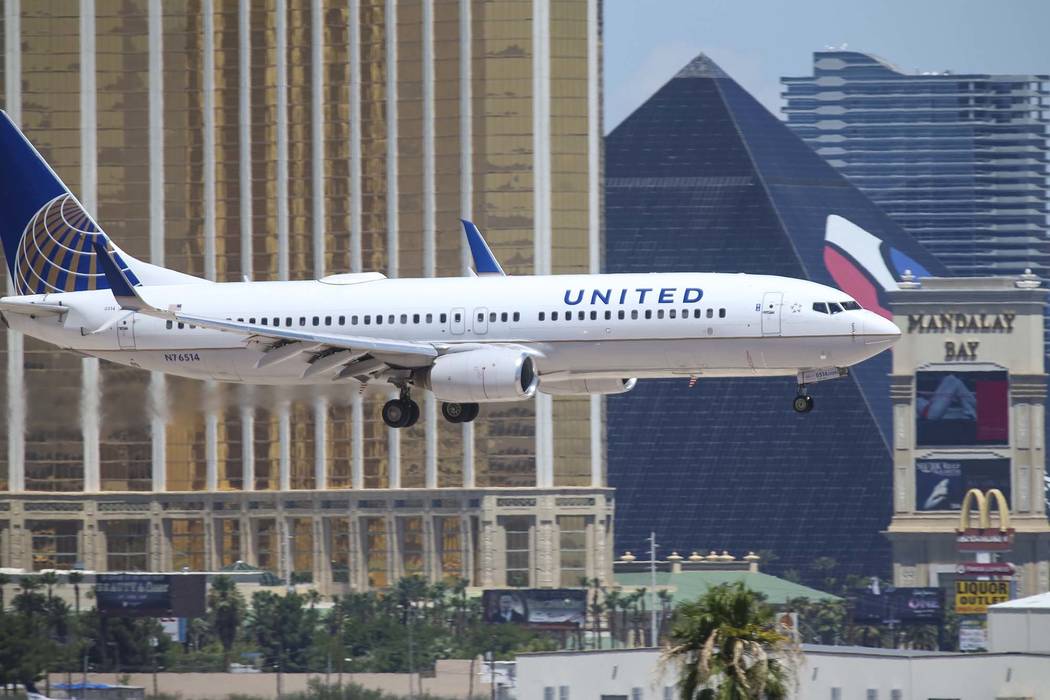 United Airlines will add flights to and from McCarran International Airport for CES.

Chicago-based United, the fifth busiest commercial air carrier at McCarran by number of passengers, will add more than 8,500 seats to the market Jan. 6-7 inbound and Jan. 11-12 outbound by adding flights to and from eight cities and using larger aircraft on some of its existing routes.

United also will fly Boeing 777 wide-bodied jets, normally used on international routes, on some flights between Las Vegas and San Francisco and Newark.

In August, the airlines announced they would add nonstop flights to and from Tokyo’s Narita International Airport Jan. 4-14. American is McCarran’s second busiest carrier, while Japan currently does not have regular flights to Las Vegas.