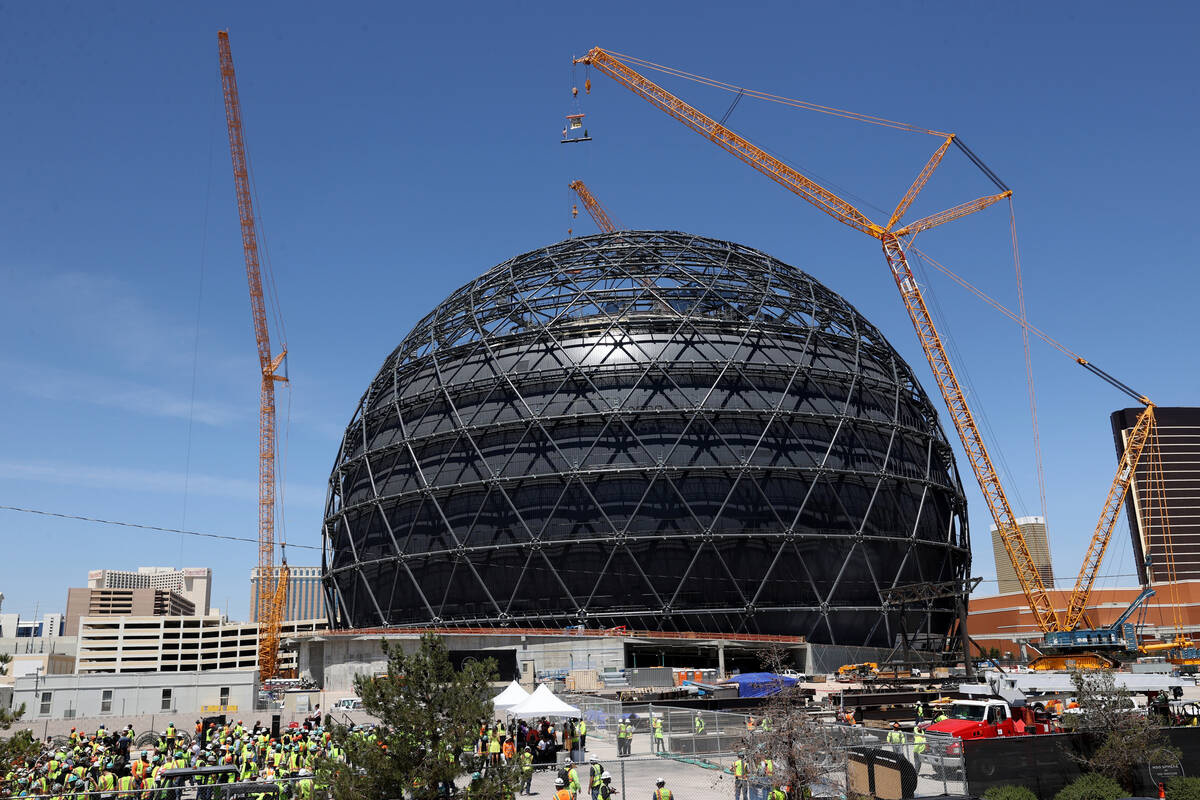 The final beam is placed at the top of the MSG Sphere at The Venetian during a topping-out ceremony at the entertainment venue in Las Vegas Tuesday, May 24, 2022. (K.M. Cannon/Las Vegas Review-Journal) @KMCannonPhoto

A company that has worked on the George Washington and Verrazano Narrows bridges in New York, sports stadiums in Miami and Hartsfield-Jackson Atlanta International Airport has been contracted to work on the MSG Sphere at The Venetian.

Champion Painting Specialty Services Corp. of Fort Lauderdale, Florida, announced Tuesday that it would become part of the construction team for the 17,500-seat entertainment venue that will open in 2023 east of The Venetian.

Contract details were not disclosed by Champion.

“We are incredibly excited and honored to be part of this amazing project that is the future of entertainment,” said Carlos Hernandez, president of Champion Painting Specialty Services. “From its impressive design to the ultra-high-tech features that engage multiple senses, this will truly be a fantastic endeavor. We are thrilled to work with MSG and help bring this venue to life for many to enjoy and experience.”

The $1.9 billion venue — the largest sphere-shaped building in the world — will be covered with about 580,000 square feet of fully programmable LED panels, forming the largest LED screen on Earth.

The 366-foot-tall sphere was topped off by construction crews in May.

The entertainment venue will have a high-resolution interior display plane, which is larger than three football fields, the world’s largest beam-forming audio system with more than 160,000 speakers, delivering superior sound to every seat in the house.

Representatives of Madison Square Garden Entertainment Corp. have not confirmed a Billboard report that Irish rock band U2 would have a residency and be the first performers at the MSG Sphere.