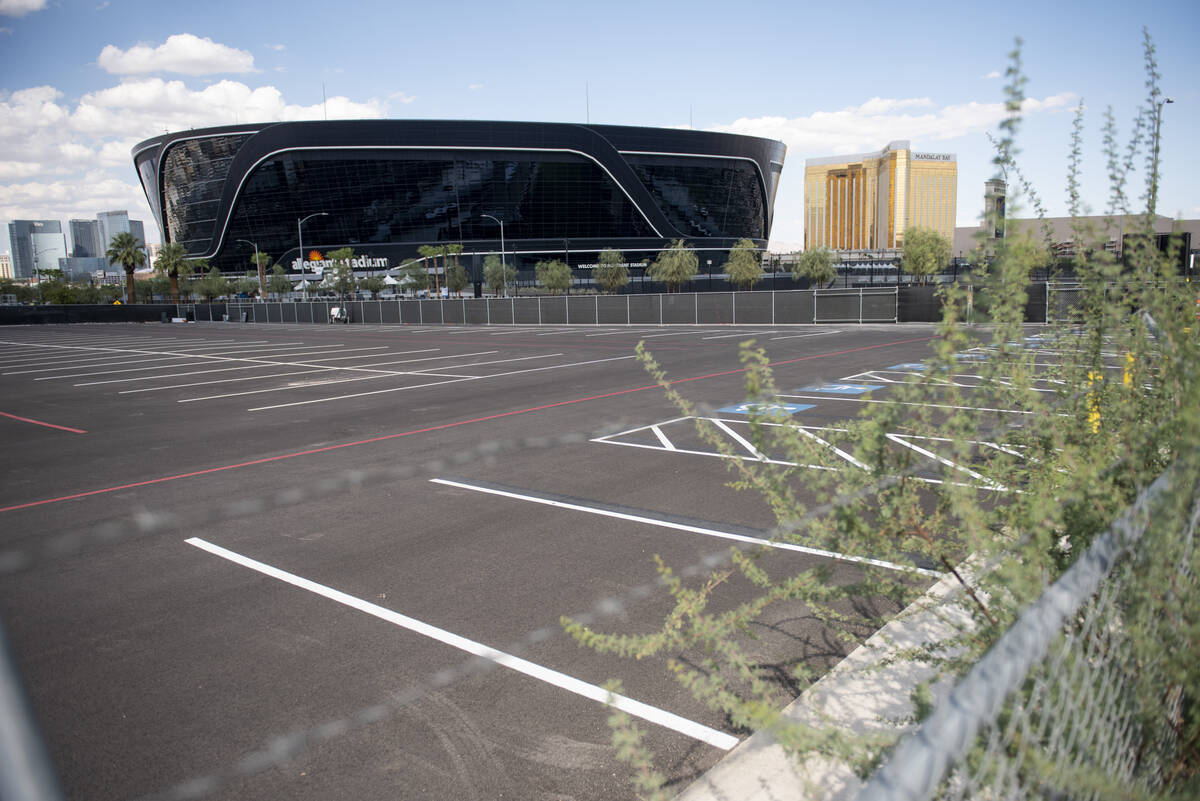 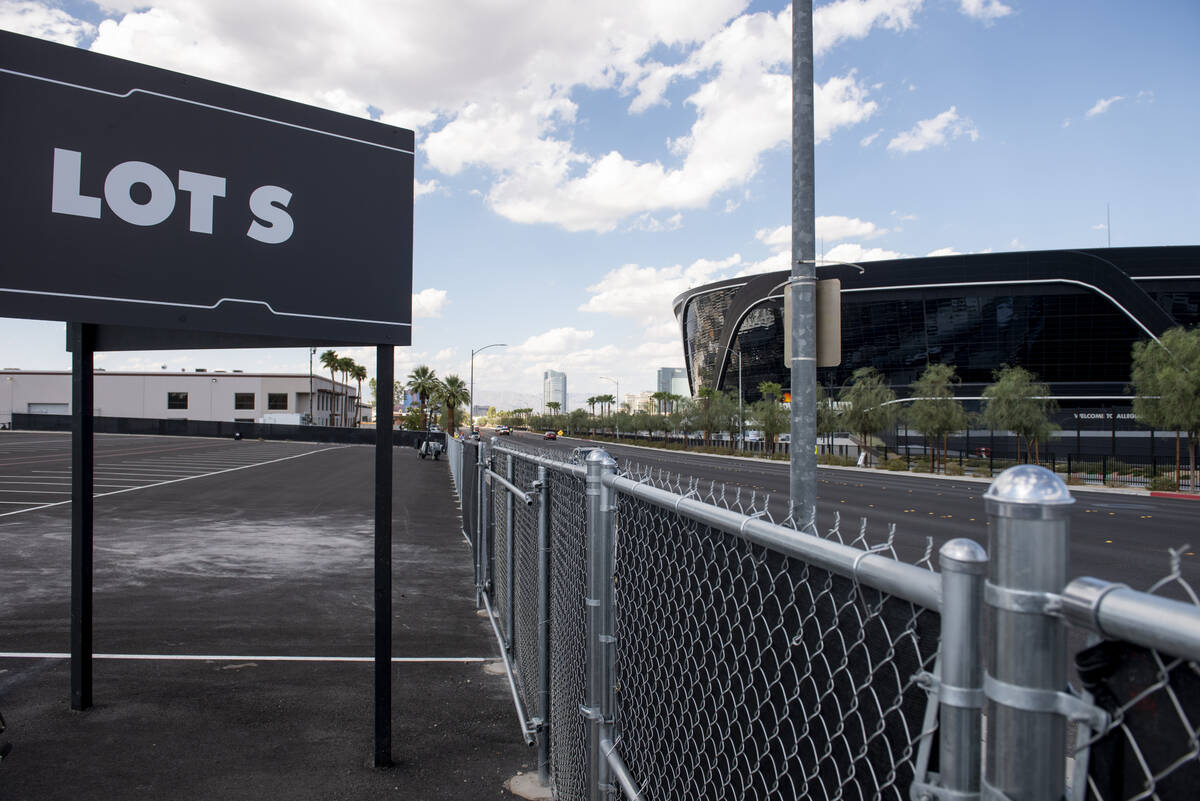 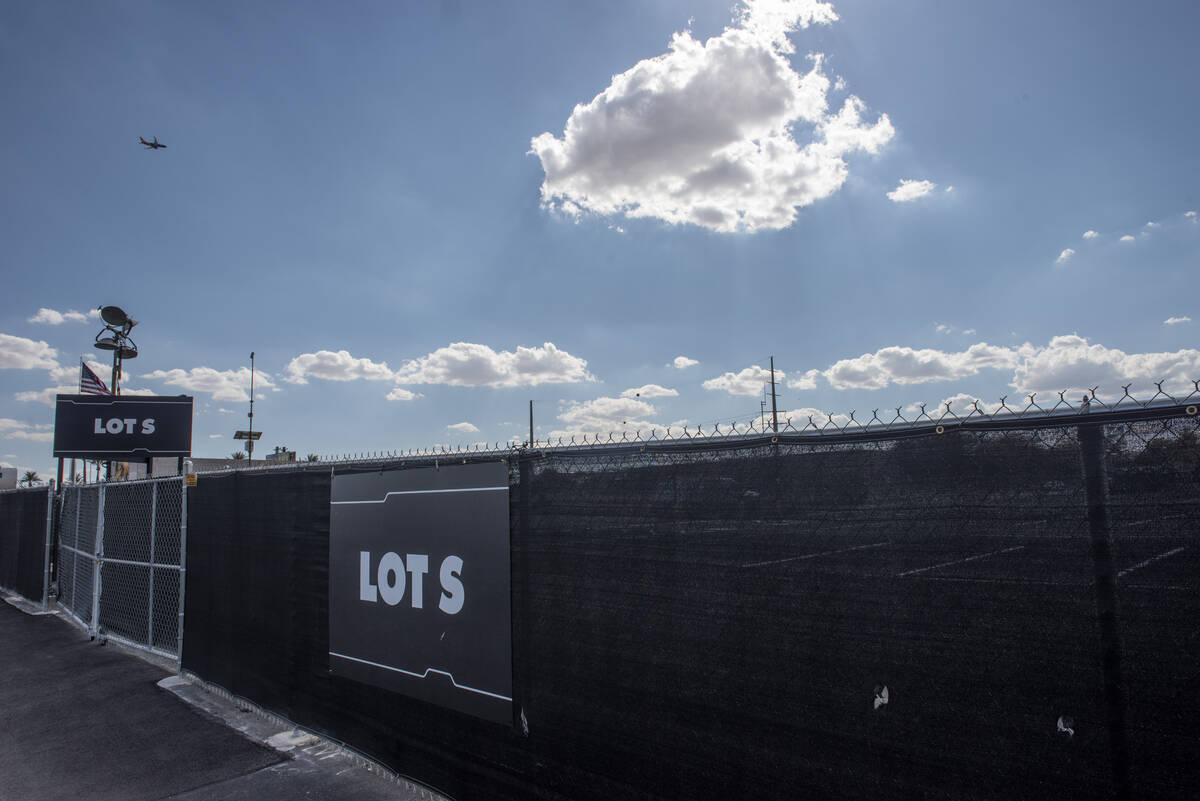 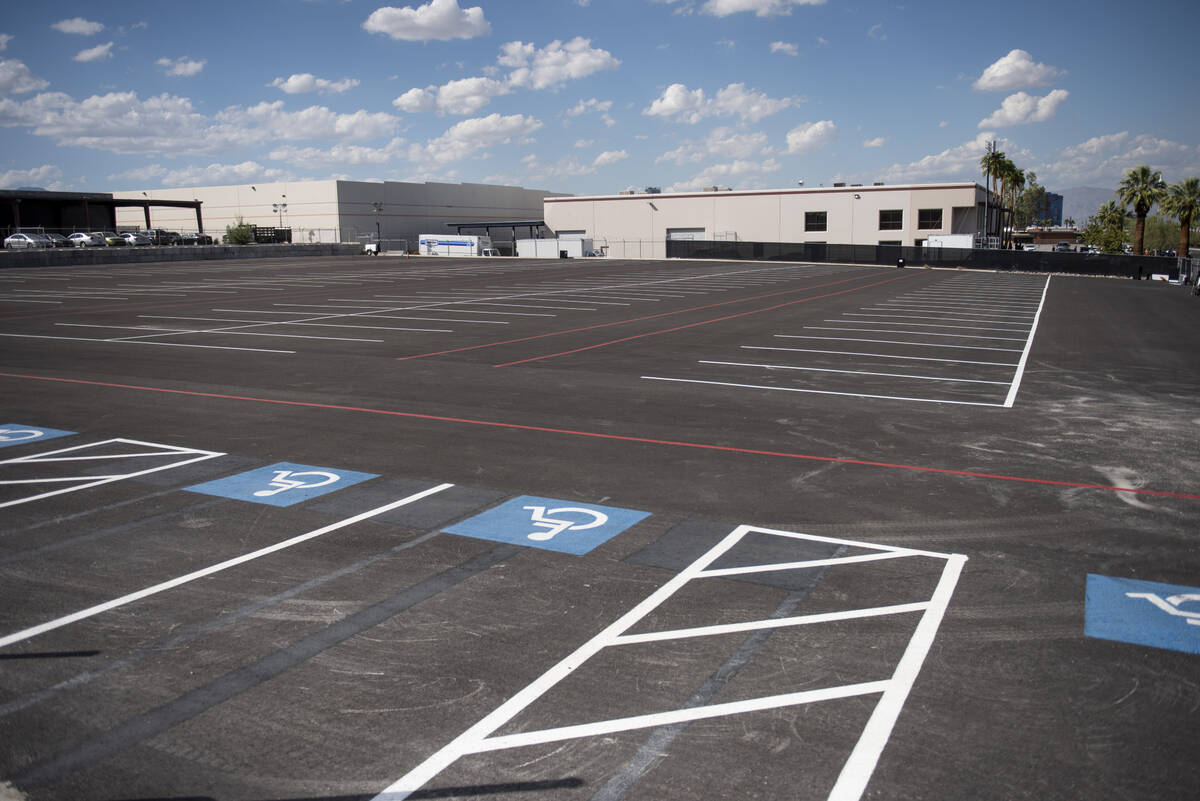 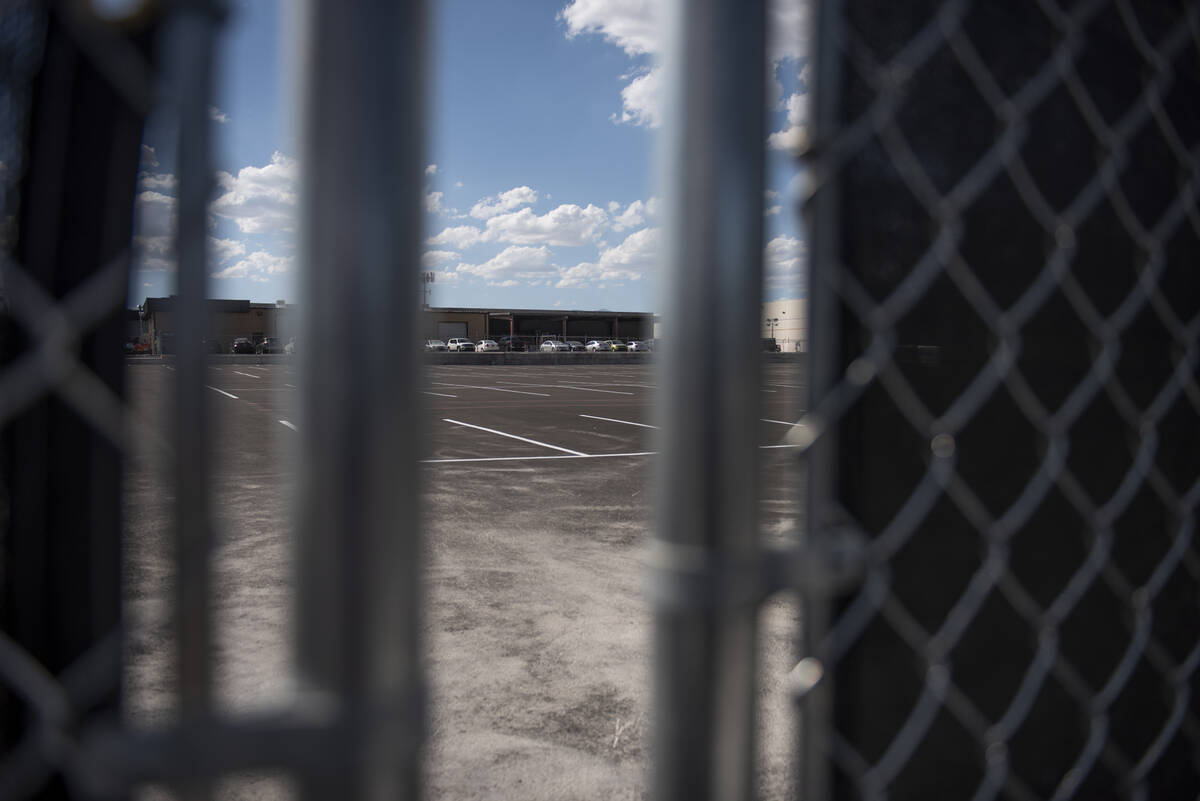 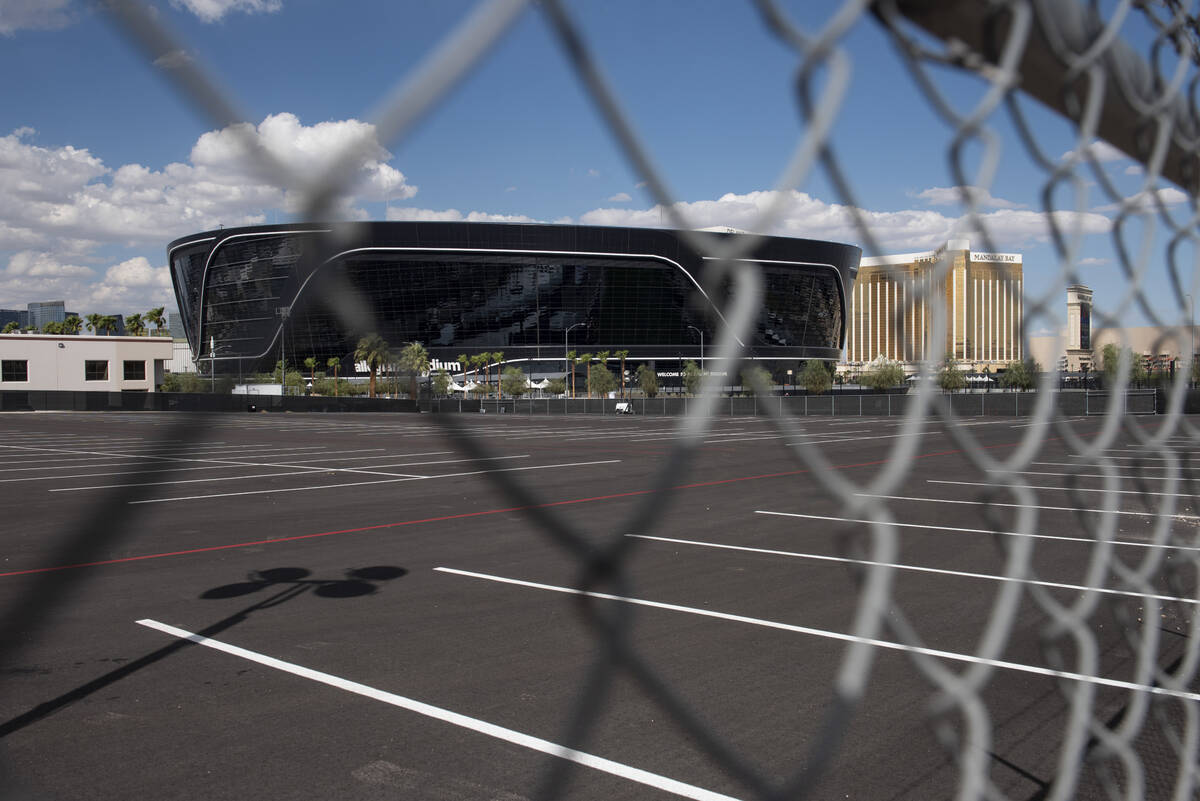 Attempts to confirm the Raiders’ plans for the site were unsuccessful, but the deal marks a big jump in property values. The site consists of two parcels that sold at different times in recent years for about $7.8 million combined.

Clark County Commissioner Michael Naft, whose district includes the property, told the Review-Journal this week that he was aware of the football team’s purchase.

“They’re always looking at options for closer and on-site parking,” said Naft, who referred questions about any potential project plans to the Raiders.

Representatives for the team did not respond to a request for comment Thursday.

In the past, the Raiders have bought real estate near the stadium to use for parking. In 2019, while the 65,000-seat venue was under construction, the team purchased 17.3 acres within a mile or so of the stadium for just over $28 million.

At the time, Raiders’ then-president Marc Badain said the newly acquired parcels would open up around 2,700 additional spots.

According to Allegiant’s website, there are more than 35,000 parking spaces within a mile of the stadium.

The site purchased this month already includes a parking lot used by the Raiders: Lot S, as Allegiant’s parking map shows. It costs $100 per event to park there.

In 2018, Osprey Real Estate Capital teamed with Huntington Hotel Group to buy the property. They acquired 2 acres for $6.5 million, Osprey founder Sean Dalesandro confirmed at the time, telling the Review-Journal the buyers were contemplating a 300-room hotel with restaurants, bars and entertainment space.

They partnered again in 2019 to buy an adjacent 0.66-acre plot for more than $1.3 million, according to property records and Dalesandro, who confirmed Thursday that the Raiders purchased the assembled site.

Dalesandro said his group is still looking to build a hotel and entertainment district and is in conversations with other property owners near the stadium. He described his concept as a “design-oriented,” nongaming hotel that would be heavy on food and beverage outlets.

The sale to the Raiders “provides some capital to move forward with that plan,” he added.

Huntington principal Kevin Keefer did not respond to a request for comment.

At least one new hotel near the stadium is already in the works. Las Vegas real estate firm New Angle Development has drawn up plans for a 19-story, 340-room hotel that would include a restaurant, spa, pool bar, rooftop bar, and ballroom and meeting space, Clark County records show.

The County Commission is scheduled to consider the project plans Oct. 4. 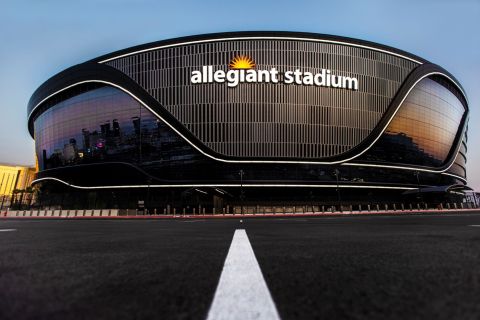 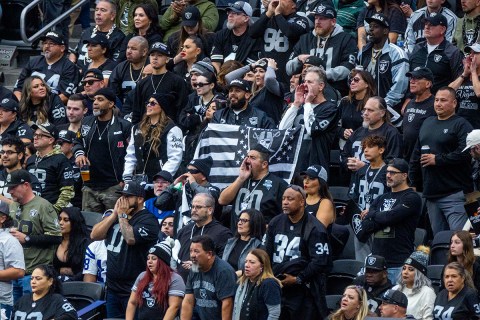 Despite the Raiders starting out a disappointing 2-7, fans are still flocking to Allegiant Stadium for home games and prices on the resale ticket market remain largely stable. 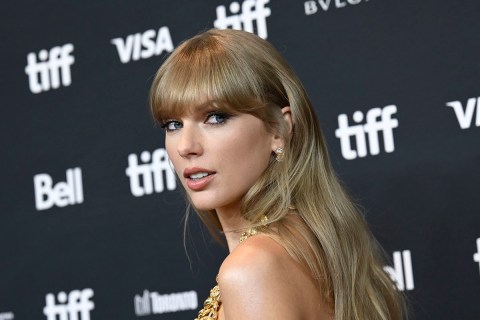 Count Allegiant Stadium as a stop for Taylor Swift on her new tour, she announced Tuesday on Twitter. 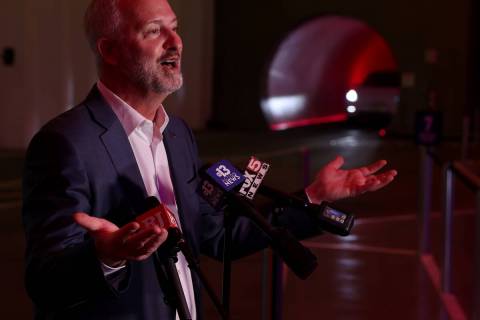 Tourism officials hope some form of the Boring Co.’s transportation project will be operable by the time big game arrives in 2024. 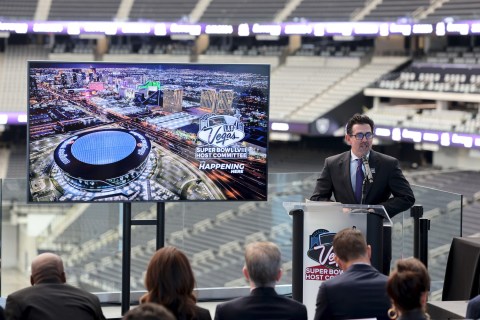 Information regarding partnerships and program activities tied to Super Bowl LVII slated for Feb. 11, 2024, were highlighted during the news conference. 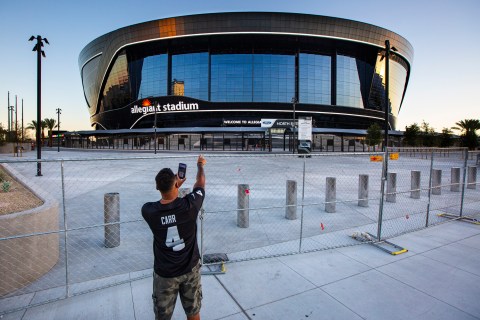 One of the Raiders’ founding partners of Allegiant Stadium has apparently balked on their multimillion-dollar deal with the team. 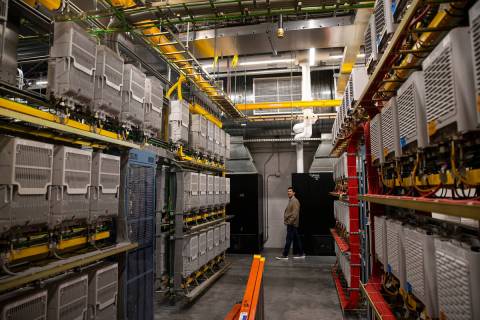 Allegiant Stadium opened as one of the most wired facilities in the world, but that cellular connectivity will see a boost ahead of the 2024 Super Bowl in Las Vegas. 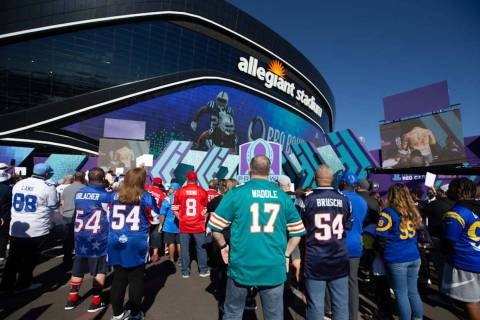 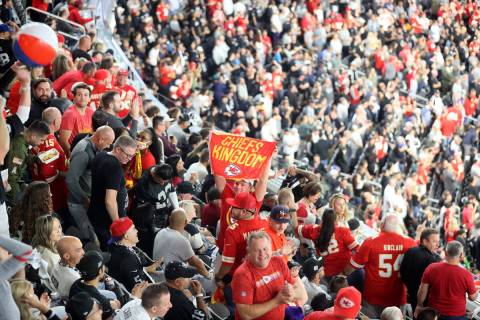 One of the bigger gripes about the Raiders’ first season with fans allowed in Allegiant Stadium was the number of opposing fans at each game. That figures to continue.