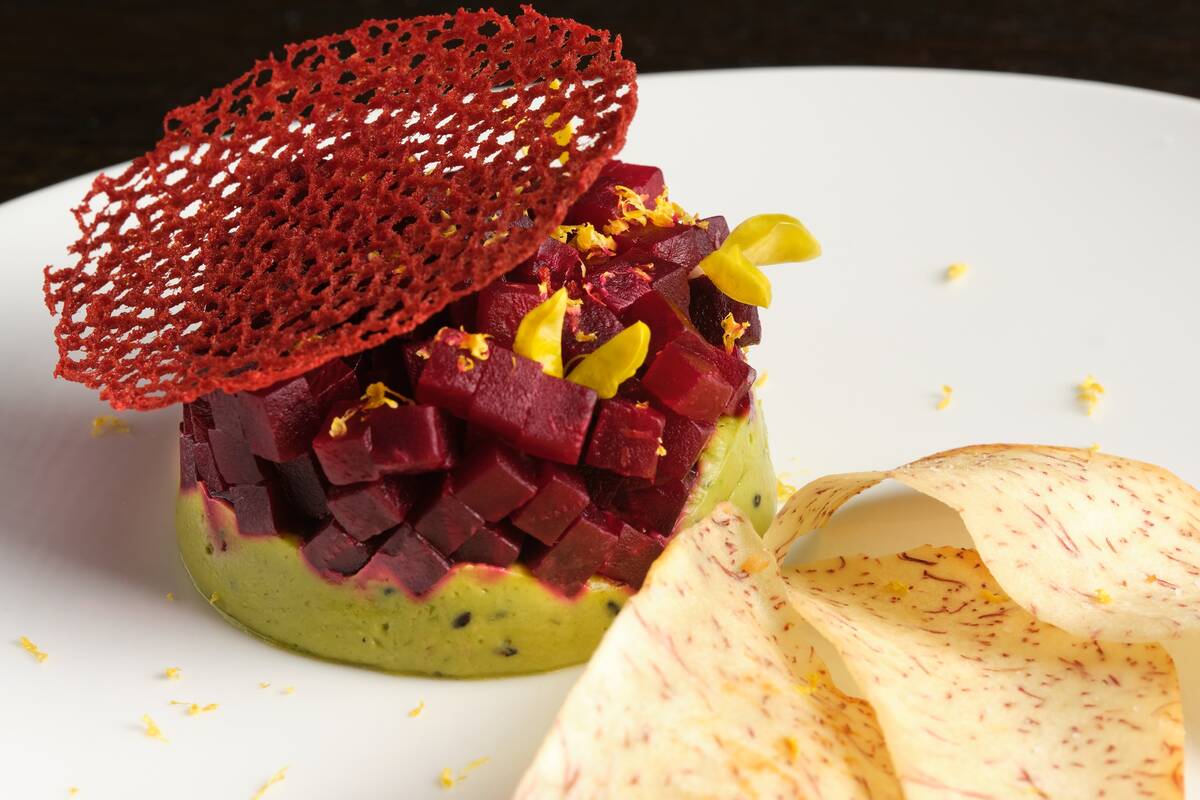 Considering the amount of energy it takes to power through the annual challenge that is CES, you’ll need to eat well to stay up to the task. Luckily, Las Vegas has a growing number of vegan restaurants. Here are five to try:

That Pancho’s tacos are the real thing is underlined by the fact that the company now has two locations in Southern Nevada (plus one on hiatus), one of which is convenient for convention-goers. Vegans don’t have to forgo breakfast burritos because the one here is made with scrambled tofu, onions, tomato, cilantro and jalapenos; other selections include chilaquiles, tortas, chiles rellenos and enchiladas.

Saffron, which is in Chinatown, focuses on simple ingredients, locally and responsibly sourced when possible, such as mushrooms from Las Vegas-based Sundown Mushrooms. Menu selections include a vegan and gluten-free tom kha gai, beet tartare or carpaccio, Saffron Green Curry or Saffron Red Curry, Singapore noodles and claypot rice.

No less a plant-based food lover than Vice President Kamala Harris has made a stop at Tacotarian, which may give you an idea of the depth of its creative coupling of plant-based and Mexican. The old favorites are all there, such as carne asada, al pastor, barbacoa and chorizo, without involving animals and without making that obvious. They say they have “the largest selection of vegan tacos in the universe,” but also serve burritos, quesadillas, enchiladas and more.

Chef/owner Donald Lemperle’s menu is 100-percent plant-based, and if that scares you off at all, you haven’t had Lemperle’s vegan brownie sundae, in which frosty ice cream piled atop a rich, fudgy brownie topped with a should-be-illegal fudge sauce and clouds of whipped cream. And it’s indeed all plant-based. Other menu highlights include the Muchas Gracias, which is a sweet potato and black-bean quesadilla, and chicken pot pie gnocchi.