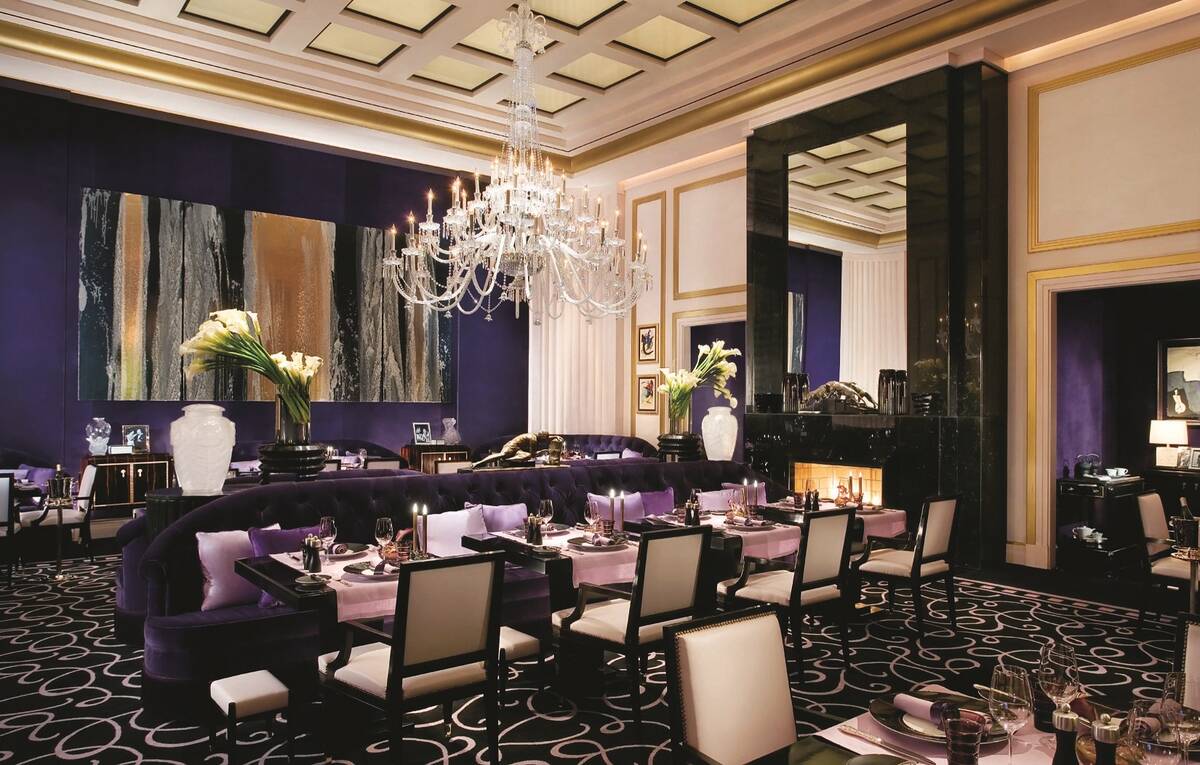 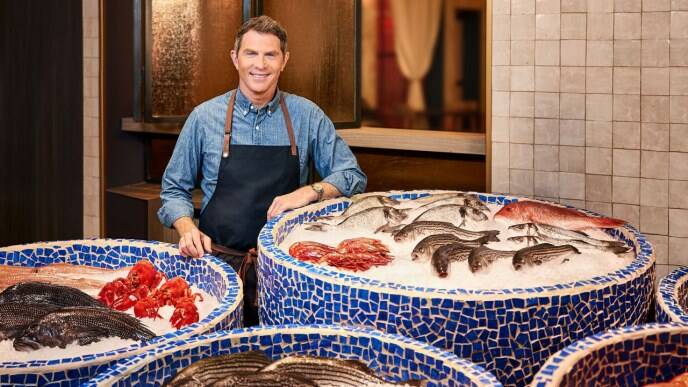 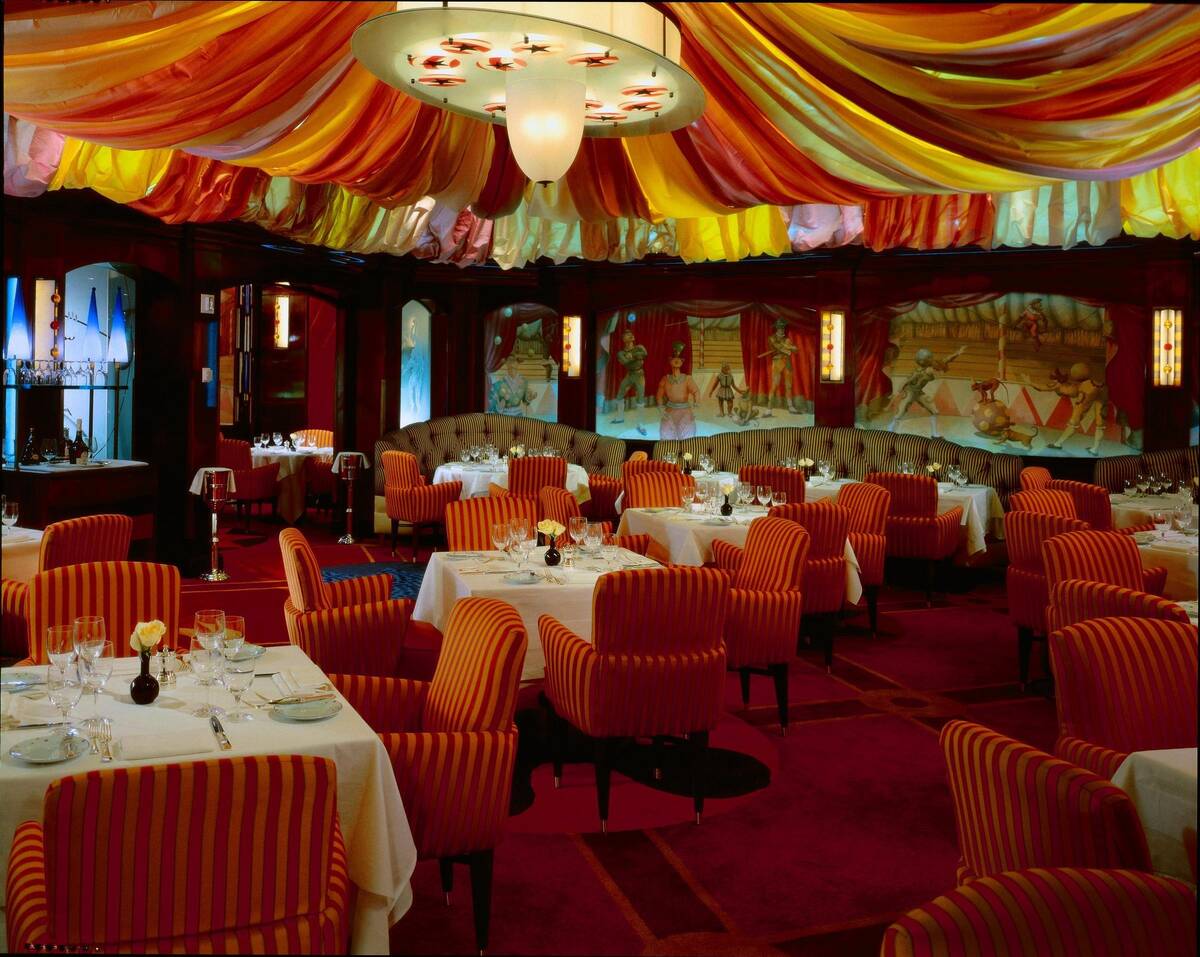 The interior of Le Cirque at Bellagio. (MGM Resorts International) 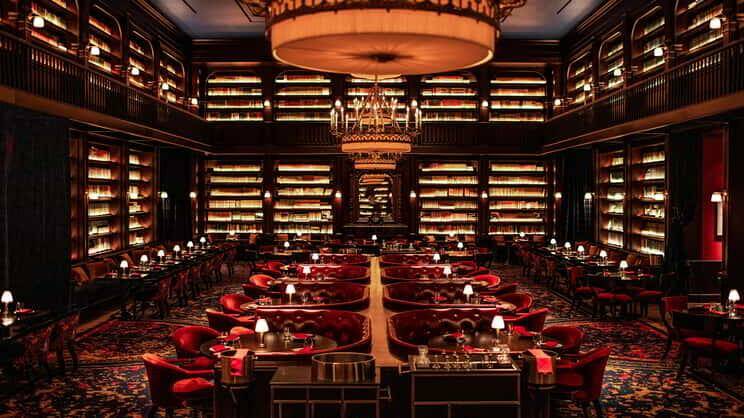 We know; you love your boss. Or at least really like him or her. No? Well, keep in mind that that boss may have an expense account, and CES is a fine time for you to reap the fruits of it. Several studies have found Las Vegas to be the most expensive restaurant city in the country — yes, even more than New York — so you may as well enjoy it while somebody else is footing the bill.

Amalfi is celebrity chef Bobby Flay’s new spot at Caesars Palace, in place of his venerable Mesa Grill. It’s Italian, but if you’re expecting a red-sauce spot with plastic grapes on the wall you’ll be sadly mistaken. More likely, you’ll find coastal-Italian-style, market-driven fish and shellfish with your choice of seasonings and condiments, or things like squid-ink fettuccine with lobster, shrimp and squid in a fra diavolo sauce.

Joel Robuchon was named chef of the century by the Gault Millau guide and at one time held more Michelin stars than any other chef in the world. While he sadly passed away a few years ago, the culinary lion’s work lives on in those he trained, and his spot at MGM Grand is a fine example of Robuchon’s attention to the smallest detail. The tasting menu probably will cost more than your hotel room — without wine — but there are less-expensive options if you want to spare the boss. Along with countless delicacies, you’ll find the best mashed potatoes on the planet.

The intimate jewel box that is Le Cirque opened with Bellagio in 1998, so this place has legs —and while the New York original remains on hiatus, Las Vegas is the only place to experience it in this country. Other places may have staff shortages, but Le Cirque has plenty of employees to pamper you, and a menu of dishes such as a gateau of Hudson Valley foie gras with rose celery, aged balsamic and almond-paste cake that’s simply divine.

Park MGM has a hotel-within-a-hotel in an offshoot of New York’s NoMad, complete with a “Grand American restaurant.” The refined interior is over-the-top refined, inspired by the Library at NoMad New York. On the menu you’ll find a firm dedication to the classics with the likes of filet mignon with a bone-marrow crust, tableside tuna tartare and suckling pig with confit saddle and seckel pears.

Guy Savoy is a fine French chef in his own right with a raft of Michelin stars, although today he may be most popularly known as the guy who honed Gordon Ramsay’s obsession with perfection. His 5-Star Celebration Menu will set your boss back a pretty penny and everyone at the table needs to order it, so get that credit card ready. Expect such dishes as langoustine with caviar, miso and mango, and the chef’s justly famous artichoke and black truffle soup.