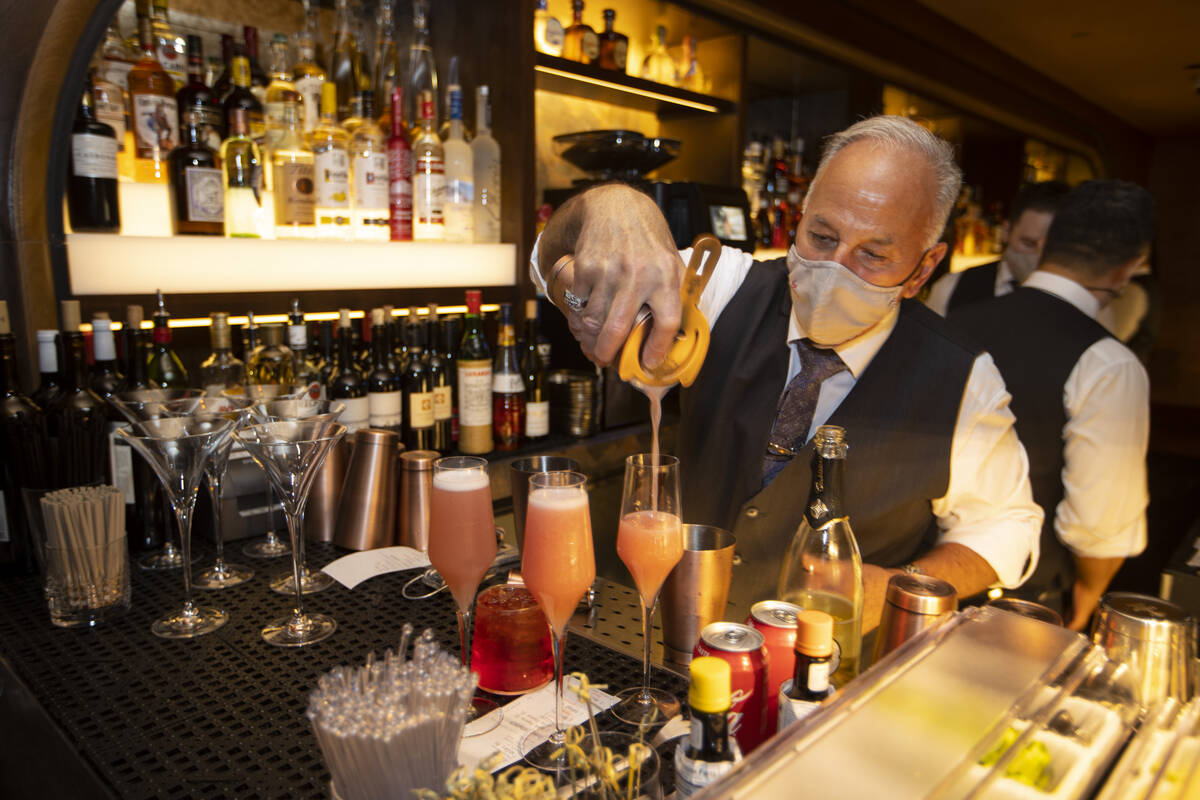 Lots of new restaurants have opened in Las Vegas since the last incarnation of CES. But the openings of Virgin Hotels Las Vegas and Resorts World were among the biggest news in the past year, and they have eight and 40-plus restaurants, respectively. Here are a pair at each, along with a Strip bonus.

Carversteak at Resorts World is the newest of the bunch, set to make its debut Dec. 30. From the fledgling firm Carver Road Hospitality, which has one restaurant in Salt Lake City and plans one in New York, it will focus on steaks, as the name implies, but also seafood and plant-based offerings. Novel features include the full menu served at both the indoor and outdoor bars, and a private dining room in partnership with the Portland Knife House of Portland, Oregon, where guests can order knives for home delivery.

Olives was a bit of an outlier as well, opening several months after Virgin Hotels Las Vegas’ March debut. Fans considered it worth the wait for Todd English’s return to the city, where he had an Olives at Bellagio for two decades. Expect a menu heavy on English’s Mediterranean signatures such as beef carpaccio with Gorgonzola polenta and butternut squash tortelli with sage brown butter, plus a wood-grilled 36-day-aged New York steak and wood-roasted branzino.

Brezza, which opened with Resorts World in June, is from longtime local chef Nicole Brisson, who has helmed the B&B Hospitality Group in Las Vegas and opened Eataly at Park MGM. The large, airy restaurant, prominently located in the resort’s The District, has a menu that mixes traditional dishes such as tagliatelle Bolognese and updated selections such as quail saltimbocca. A spacious patio is surrounded by trees from the Stardust that originally graced the site.

One Steakhouse, from two members of the legendary Morton restaurant family, is the followup to the MB Steak the brothers had at the old Hard Rock Hotel on this site. It still offers the 16-pound tomahawk steak that serves 10 to 12, as well as tableside preparations such as surf and turf cooked over Japanese charcoal. The space is open and airy, crowned by a 3,000-piece glass chandelier within Japanese burnt-wood walls and dotted with cloches displaying miniature scenes.

Casa Playa is only the second Mexican restaurant at the 16-year-old resort and the first was short-lived, but this one’s promising, offering a fresh take on coastal cuisine. The menu features such dishes as a black truffle tostada, Yucatan Chicken Pibil made with orange annato adobo and potato, and branzino topped with guajillo adobo, herbs and salsa cruda, plus creative cocktails including the Ojo de Tigre, with Uncle Nearest Bourbon, Patron Roca Anejo Tequila, salted peanut marzipan and plantain.