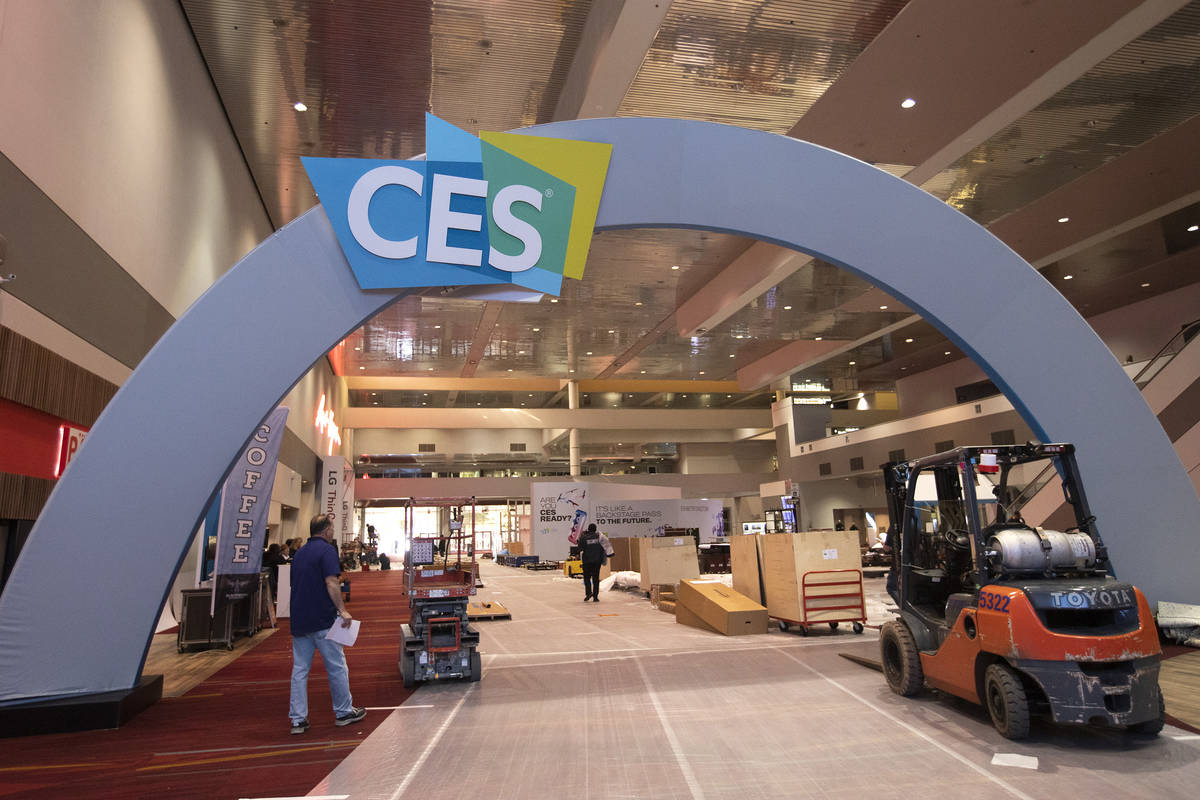 Set up for CES is underway at the Las Vegas Convention Center on Friday, Dec. 27, 2019, in Las Vegas. (Ellen Schmidt/Las Vegas Review-Journal) @ellenschmidttt 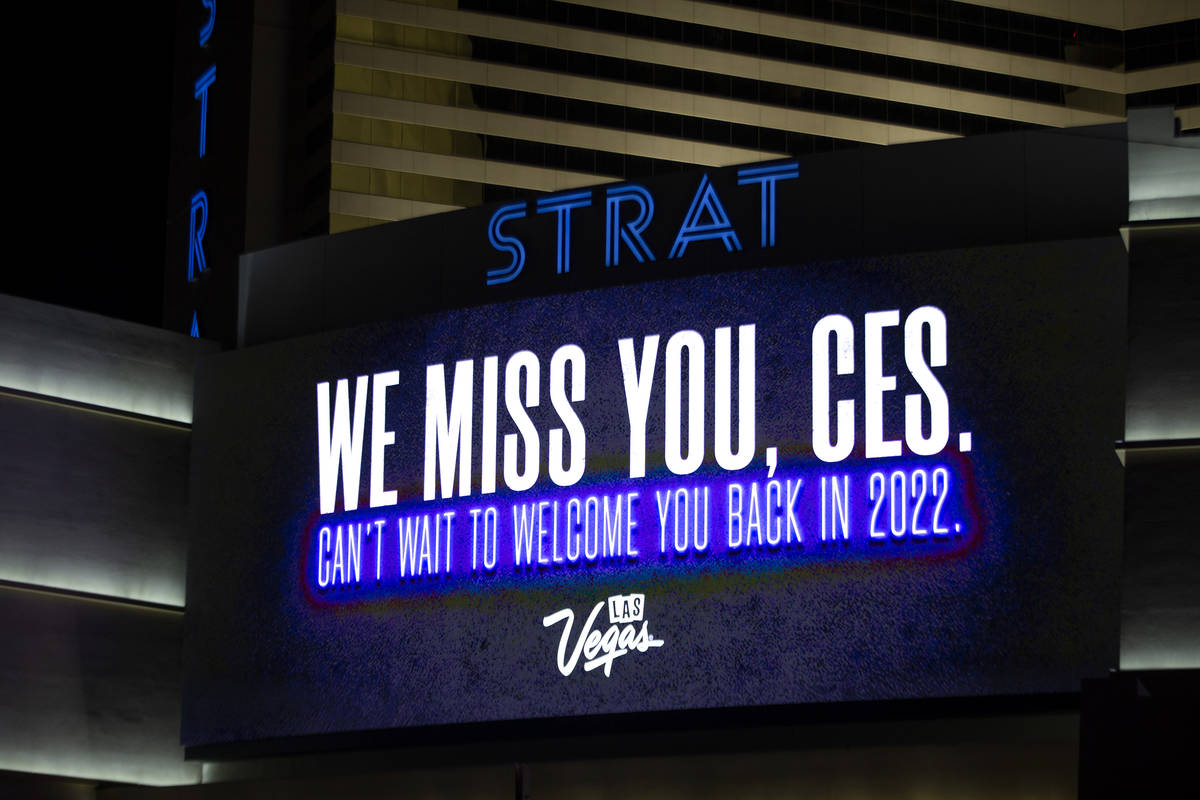 The marquee at The STRAT memorialize CES, which would have started on Monday but is moved online due to the COVID-19 pandemic, on Sunday, Jan. 10, 2021, on the Las Vegas Strip. (Ellen Schmidt/Las Vegas Review-Journal) @ellenschmidttt

Southern Nevada’s largest annual trade show — CES — remains on track to return to Las Vegas in January and convention industry planners are happy for its return.

The Washington-based Consumer Technology Association on Wednesday affirmed that it would bring CES back to the city as well as operate an online version of the show as it did earlier this year. The CTA indicated in January that it planned to conduct the show live in 2022 and run it simultaneously with the online show.

“We’re thrilled to return to Las Vegas — home to CES for more than 40 years — and look forward to seeing many new and returning faces,” said Gary Shapiro, president and CEO, CTA. “Hundreds of executives have told us how much they need CES to meet new and existing customers, find partners, reach media and discover innovation.”

The show, which brings tens of thousands of consumer electronics professionals to the city for a four-day event, is scheduled to open Jan. 5.

With most of the show running Wednesday through Saturday, CES can fulfill an objective to run most of the event at midweek when local resorts try to fill their rooms during slower periods.

The 2020 show brought around 180,000 people to the city. CES was on track to be the first trade show to use the Las Vegas Convention Center’s new $987.1 million West Hall and an underground people-mover developed by Elon Musk’s The Boring Co.

But on July 28, the association delivered the disappointing news that it was canceling the live version of the show and operating online instead because of fears of spreading the coronavirus among participants.

Even though the association has plans to restore CES to its former glory, it’s likely there will be fewer international participants in the show because overseas flights have yet to be restored. About 15 percent of the attendees of CES come from foreign countries.

Organizers said CTA will be reviewing guidelines for coronavirus safety measures from the Centers for Disease Control and Prevention, in addition to state and local guidelines and adapting accordingly.

The exact locations of all the conference events were not specified in a press release issued early Wednesday, but in past years, the show has filled the entire Las Vegas Convention Center, the Sands Expo & Convention Center and portions of the Westgate and Aria. Media previews have occurred at the Mandalay Bay Convention Center.

The three largest convention hosts are happy for the association’s assurance of returning to Las Vegas.

“The Consumer Technology Association’s plans to host CES in Las Vegas is a sign of confidence that shows, exhibitors and attendees are excited to have the opportunity to once again meet face-to-face,” she said. “We deeply value our 40-year partnership with CES and remain committed, as do our resorts and attractions, to maintain the highest health and safety precautions needed to help make the show a success for all.”

Most of the Sands convention center as well as meeting rooms and ballrooms in the Venetian Congress Center have been used for CES in the past.

“The return of meetings and events to Las Vegas is paramount to the city’s economy,” said Chandra Allison, senior vice president of sales at The Venetian.

“Safely, welcoming back CES, one of the biggest shows we see every year, is a testament to all the work and collaboration our industry leaders, health care partners and government officials have done to prepare Las Vegas for the safe return of meetings,” she said. “It also speaks to the critical role face-to-face meetings play in business and the confidence our partners have in Las Vegas. The industry worked together to devise a plan to bring meetings and events back safely and we’ve been slowly putting those plans to practice and refining them as we move forward.

“We’re experts in welcoming travelers from all over the world and certainly need international travel to return to pre-COVID levels,” Allison said. “We have the necessary plans and procedures in place that comply with applicable guidelines so we can get people back to the Las Vegas experiences they know and love.”

“I think the encouraging news (is) CES just announced they’ll be back in January. Hopefully they come at full scale, and with any luck, as people get more comfortable with the meeting business and the social distancing gets relaxed, I think there’s a slight chance early 2022, we could start seeing 90 percent occupancies,” he said.