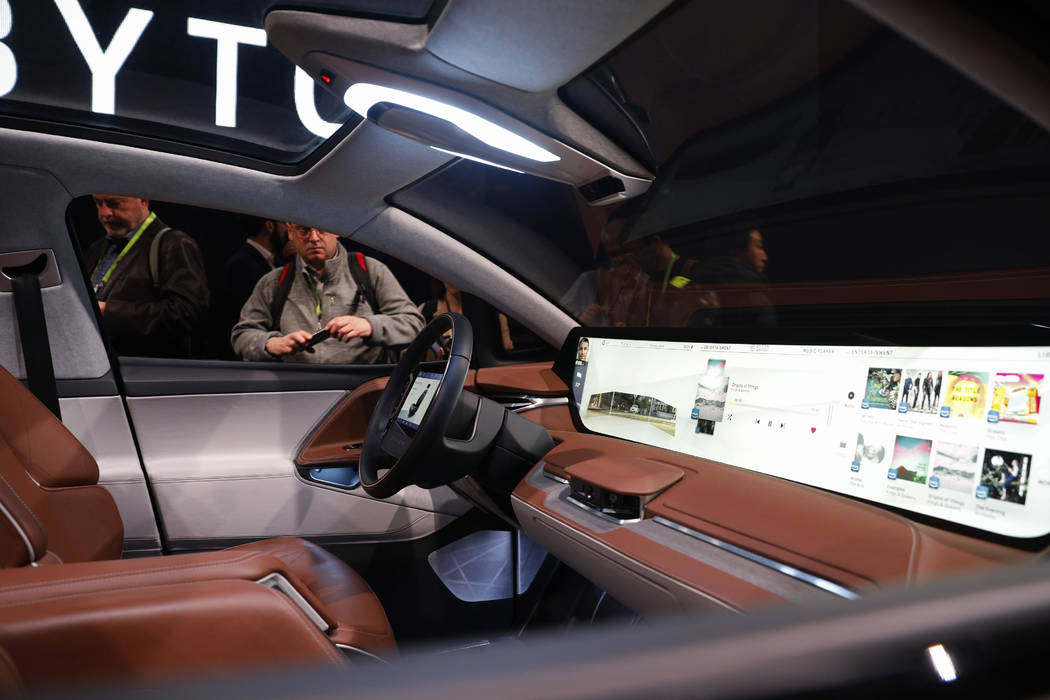 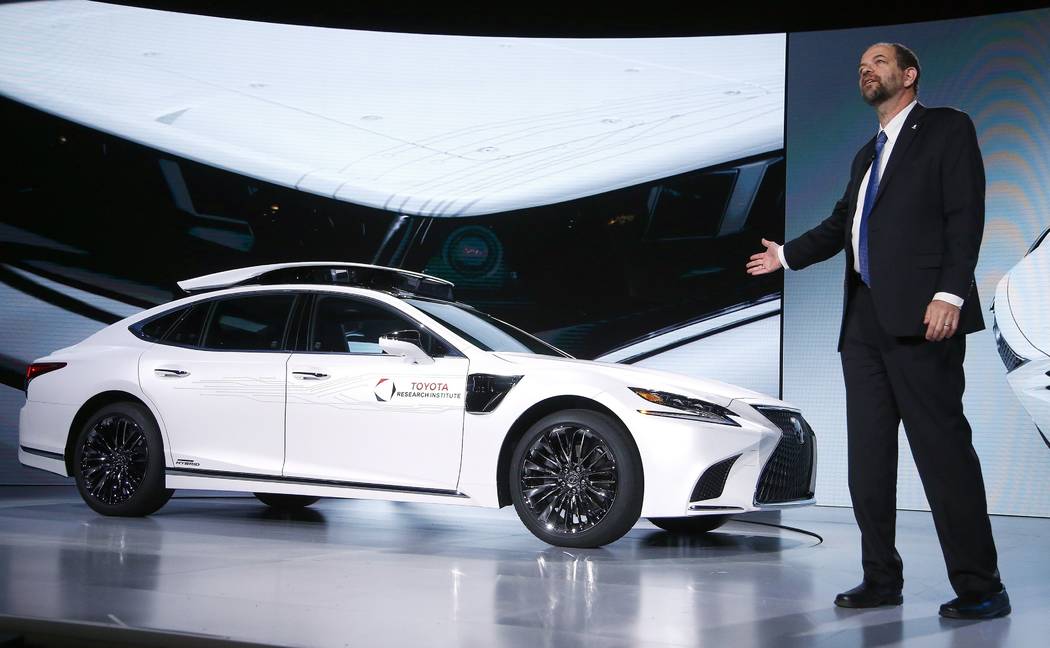 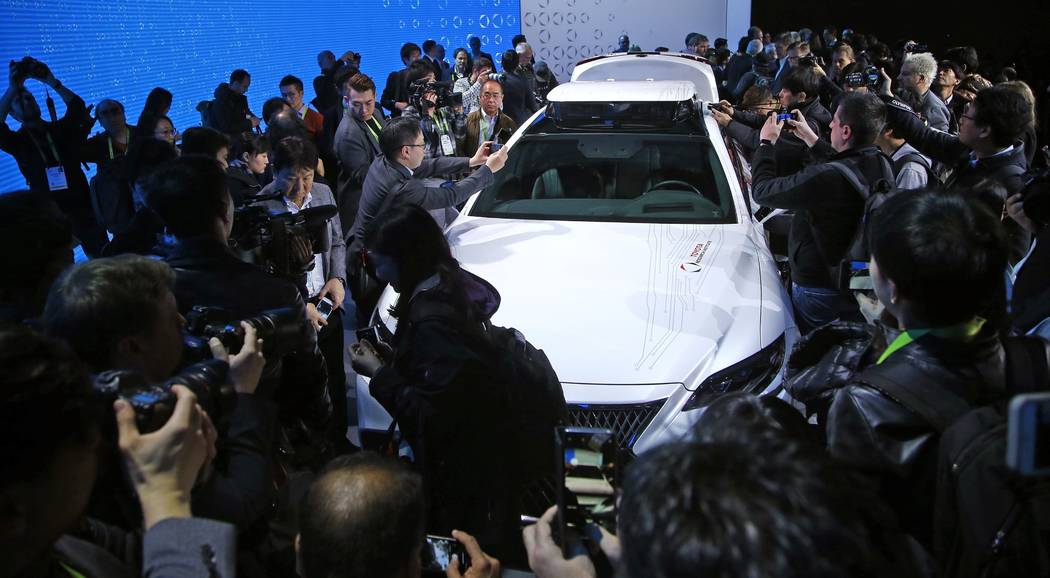 Photographers get pictures of Toyota's new autonomous-driving test vehicle for the Toyota Research Institute, called P4, is based on the new-generation Lexus LS500h hybrid luxury sedan, with a roof-mounted assembly with cameras and sensors, and sensors added onto the front fenders, at the Toyota news conference at CES International Monday, Jan. 7, 2019, in Las Vegas. (AP Photo/Ross D. Franklin)

The future of the automobile may not only be autonomous, it may also fly, have touch screens for windows and calm you when you are angry, according to industry speakers at CES.

And it will certainly be voice-operated, if not also controlled by gestures.

The future car technologies — which could include virtual reality — must solve real problems and work well together for adaption to occur, the speakers said. The industry must deal with consumers’ data privacy concerns and government regulation as it pushes the boundaries of technology.

“A whole host of new technologies is coming,” said Mike Zink, vice president for technology at Warner Bros. The challenge is to “make this work in a seamless way in order to deliver to customers something they don’t have today.”

Zink was one of about a dozen speakers at three panels Monday hosted by Deloitte about the future of mobility. Autonomous cars and the smart cities they someday will crisscross are two key topics at CES, which officially opens Tuesday.

Voice “is the easiest way of communication and interacting,” said Georges Massing, director of user interaction and software at Mercedes-Benz, adding the cars will be able to learn accents.

Clare Jones, CFO of What3Words, said autonomous, voice-activated cars would help solve some mobility issues for seeing-impaired people. What3Words has created a voice-activated global address system that assigns every 9 square meters of land in the world a unique address made of just three words.

Jones said China was ahead of the U.S. in implementing voice in cars and that U.S. automakers were generally slow to work with startups to implement new software. Automakers sometimes say it could take years when it should take weeks, she said.

Virtual reality could be part of the automobile of the future, but motion sickness is an obstacle, said Francios de Bodinat, chief marketing officer of ZeroLight, which provides virtual and augmented reality solutions to the automotive industry.

Zink said any surface of the car could become a display or interactive display, which might raise advertising opportunities.

Will Cottrell, a licensing manager at defense contractor Raytheon, talked about the company’s radar technology that could be used to support flying cars. But regulation will be a barrier to development.

Overall, panelists said the technology was changing so rapidly that predictions were just that — predictions.

“We don’t know what the end product is going to look like in 15 years and how it is going to work,” said Martin French, global vice president of customer group at Webasto, a supplier to the automobile industry.