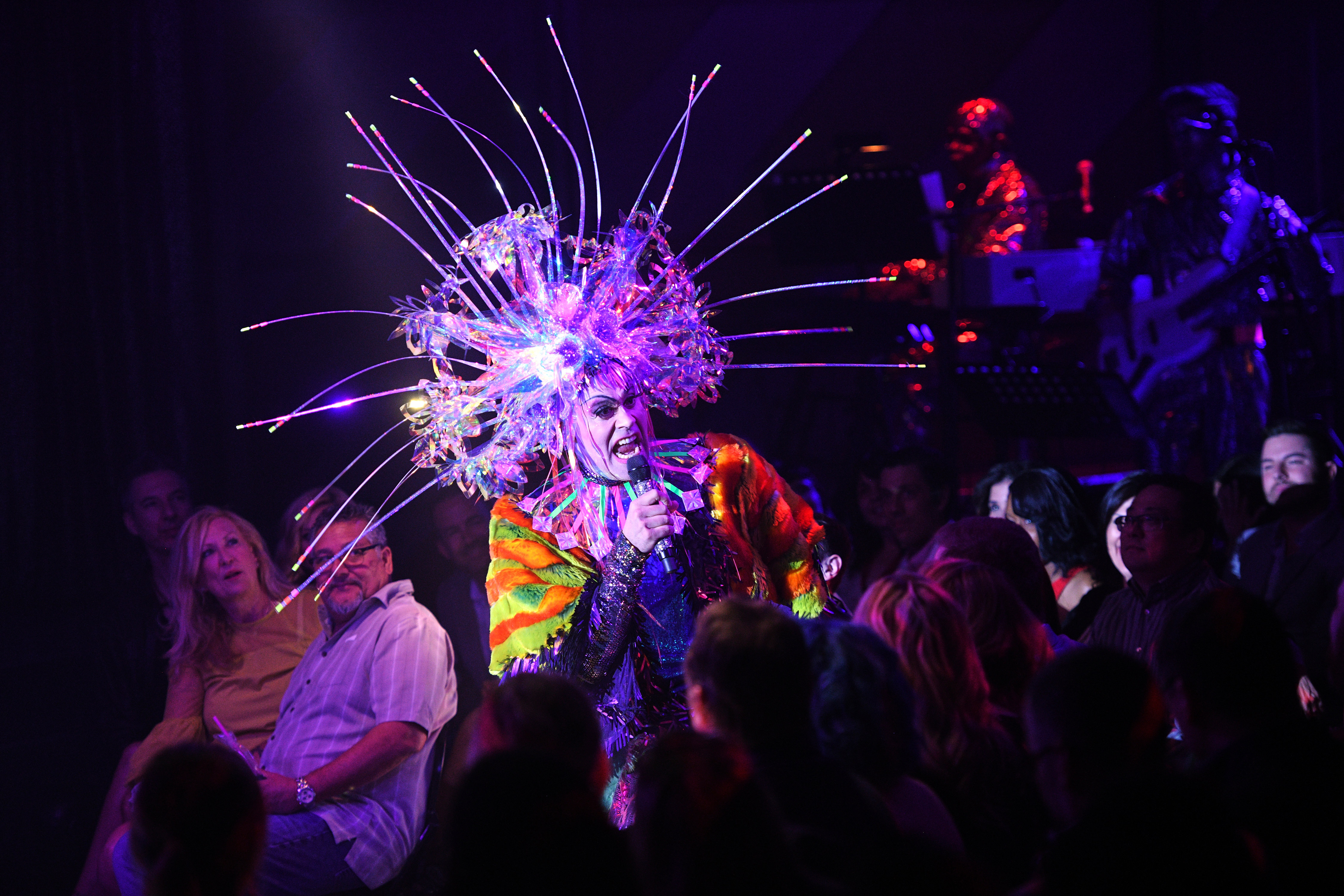 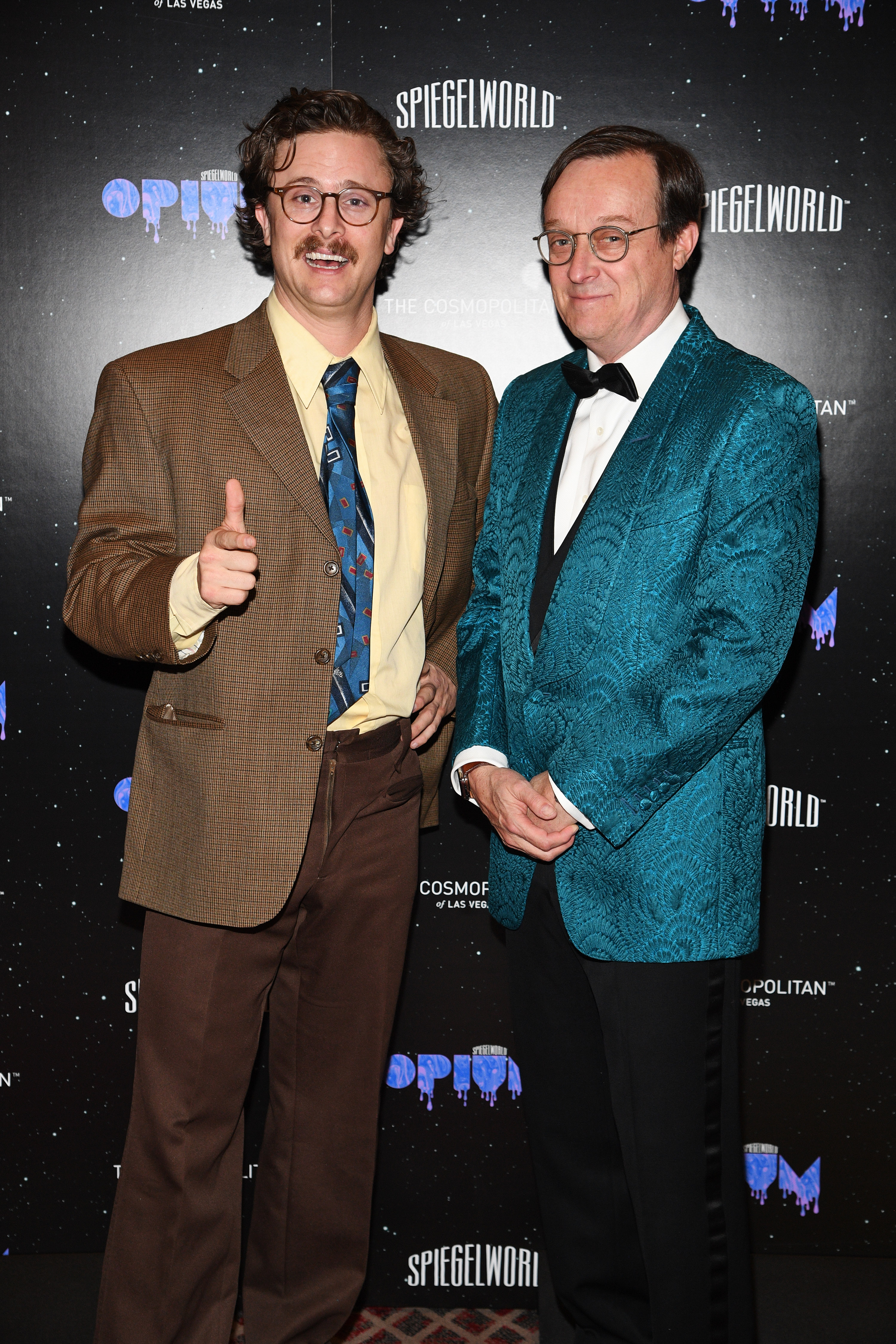 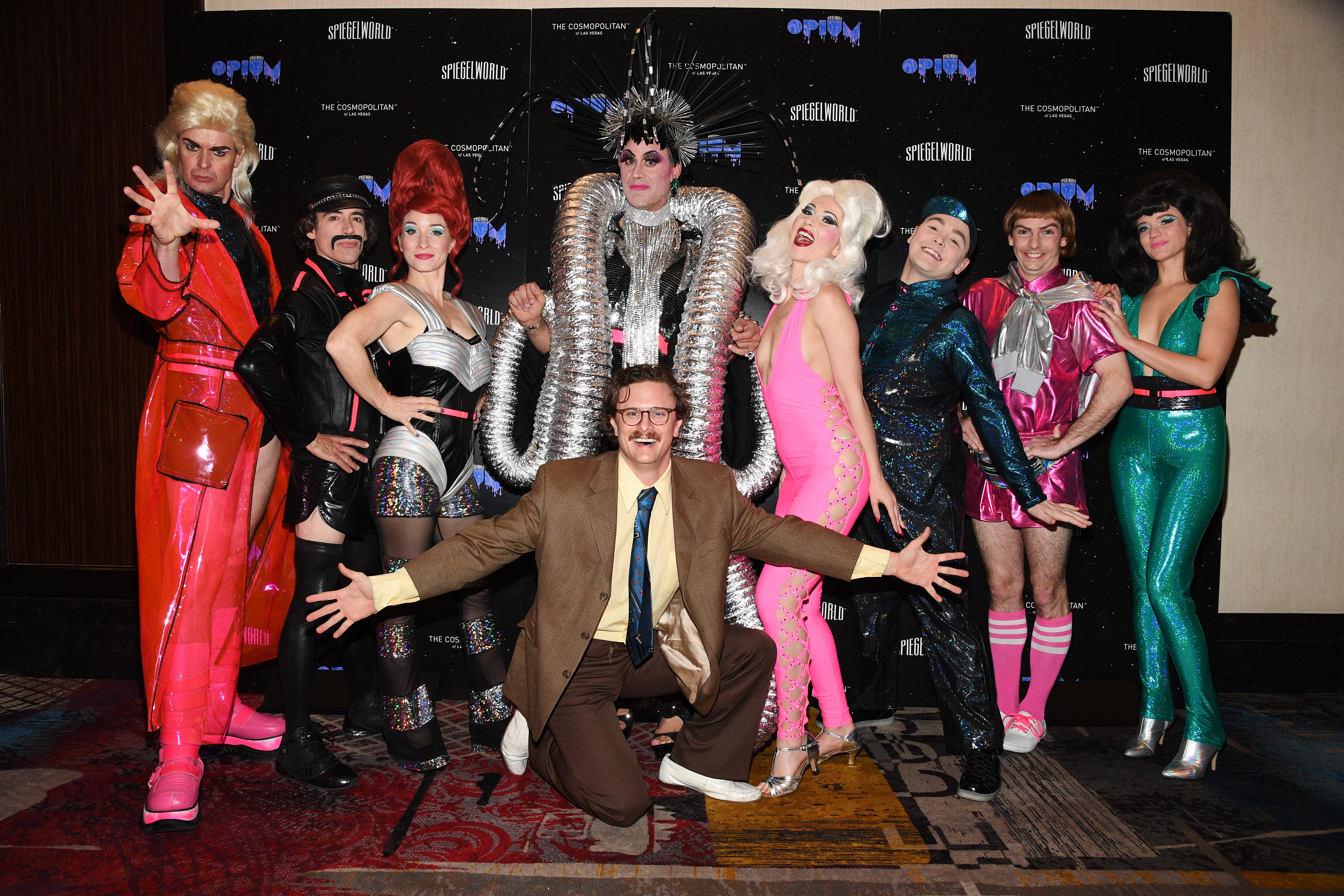 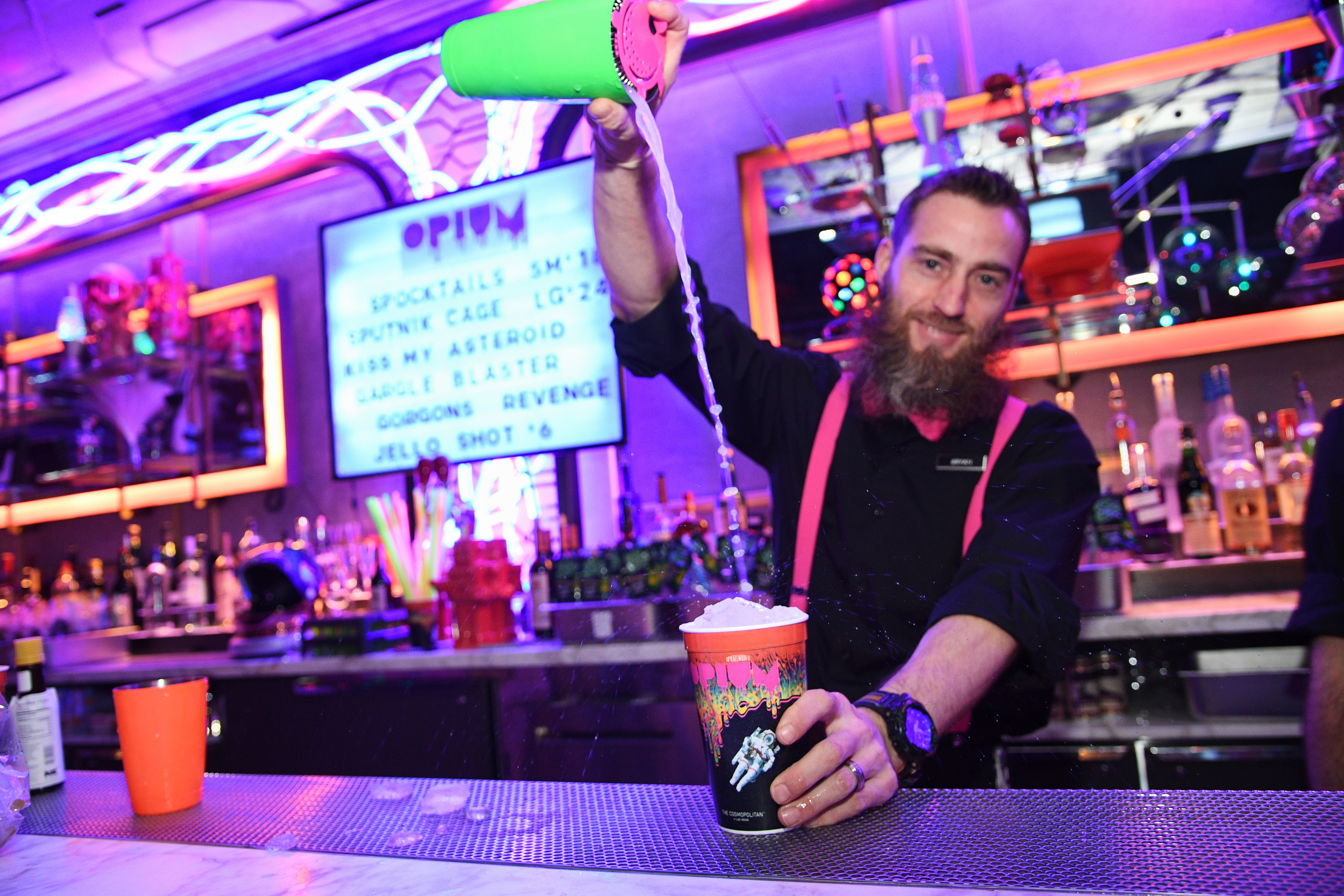 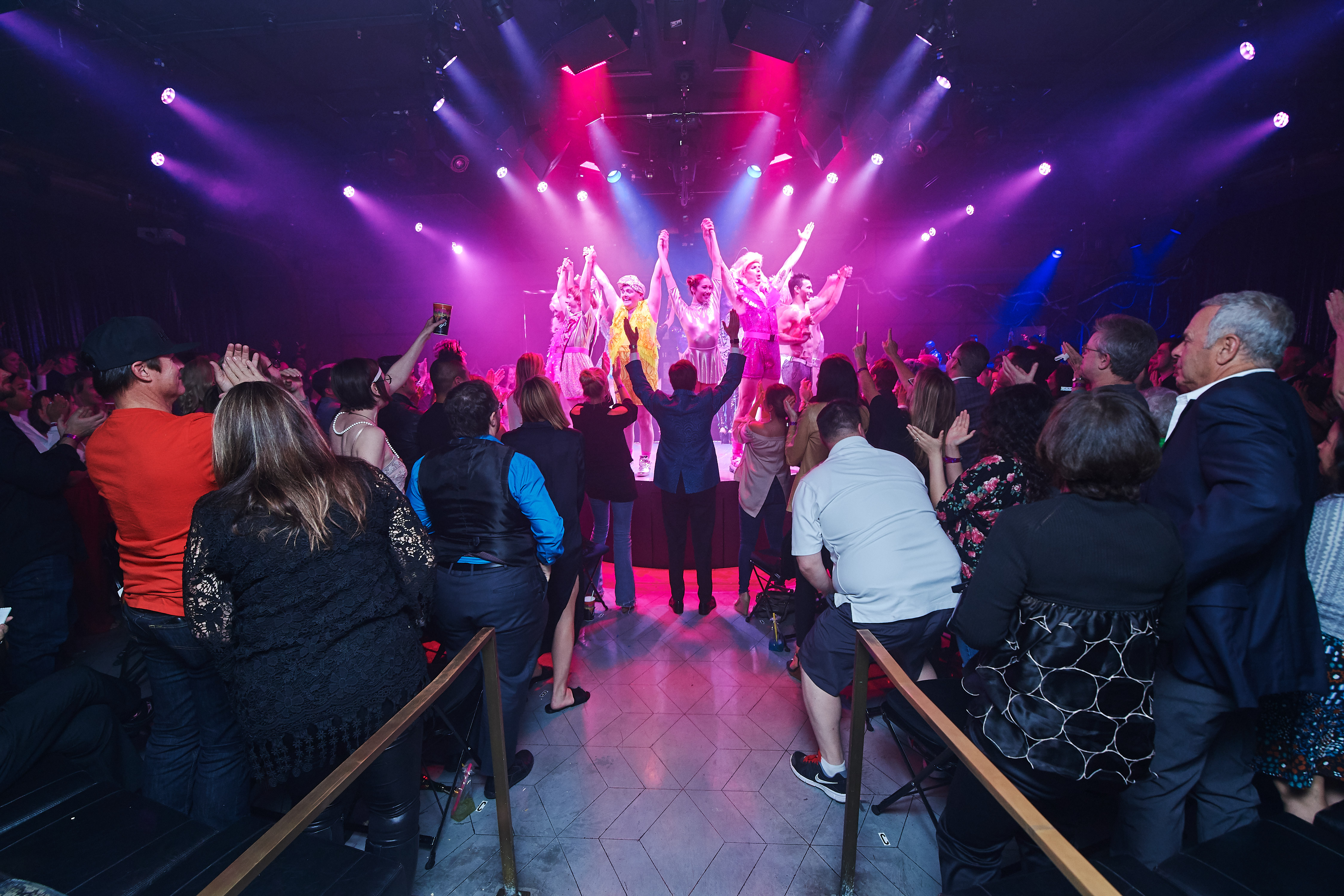 Crikey, have you ever stopped to wonder what it’s like being the promoter of a brand new show? It’s a hoot! My latest little venture Opium had its world premiere opening night last Sunday at The Cosmopolitan of Las Vegas. I’ve been a promoter for over three decades now, presenting shows in my hometown of Burrumbuttock in outback Australia, on cruise ships for rich widows in the Pacific Islands, and now, Las Vegas. One of the pure joys of being a promoter has always been opening night when you stay up until after midnight, waiting to read the crits in the morning newspapers. These days, with our modern world wide internets, everybody is an expert and the reviews come at you like a twittering flock of demented parrots.  However, I have to say, I have been totally stoked to read the many, many five-star Yelp reviews.

There’s this one from Cheri B. who recently visited Las Vegas all the way from Frisco, Texas. “This was fabulous, like Rocky Horror, cheezy disco, funny sex acts, it was everything Vegas in one.” Thanks, Cheri!

Tim, you know Goldie Hawn’s famous banana dance was my inspiration for much of Opium’s biting political satire, so your comments are quite insightful.

“Best new show in Vegas! I laughed so hard I cried. Very silly but still smart. An absolutely awesome way to spend a night out.” Christine E., Bath Township, MI

“There is tons of comedy and jaw-dropping moments. But the most important thing is you will simply just have a good time from start to finish.  It’s live 80’s sci-fi B movie style hysteria.” Brandy L. Las Vegas, NV

“Raunchy, immature, things that make you go Ewww! – I loved it! Sometimes you just need a bit of wacky in your life. Throw in a bit of sex, variety show acts and just pure silliness… oh, and a puppy.” April D. Las Vegas, NV

I agree, April. Sputnik the chihuahua was a real find. I auditioned many dogs for the show, but he was the only who was willing to share an apartment with Todd the sword swallower.

“Opium should be its own Burning Man Art Cart.” Tiffany H. Indianapolis, IN

Tiffany, plans are already underway except I’ll be taking my Space Roller and a ten-day supply of Macca’s hot apple pies to the playa.

“Best night! Hidden gem of the Strip, definitely recommend. That sword dude was hilarious and cracked us all up. And never thought I’d dig a hula hooper until now.” Shadie E., Los Angeles, CA

To be fair, I have to say that not all the reviews have been positive. There have been a smattering of one-star Yelp reviews as well. Now I know what Taylor Swift feels like. You pour your heart and soul into a new creative project and some people just don’t get it. That’s fine. Everybody is entitled to their opinion.

“The show left me wondering what the hell did I just watch.” Chad L., Las Vegas, NV

“Props to the dog but this show and the audience made me lose hope in humanity.” Jamie R., Lake Worth, FL

“My advice is to head to Fremont canopy where the acts are equally repugnant and tasteless, but at least there it’s free.” Mervin M., Camp Pendleton, CA

Chad, Jamie, and Mervin, it breaks my heart open to think that my little show did not live up to your expectations. It means I have not done my job and so I will not rest until I create a show that will warm the darkest, coldest corners of your souls. In the meantime, I invite you to contact me and I will personally mail you a Macca’s hot apple pie which will basically have the same effect. They really are delicious.

OPIUM is now playing at The Cosmopolitan of Las Vegas. Book tickets at www.spiegelworld.com

Harry M. Howie is freelance journalist, theatrical promoter, numerologist and fictional character created by Spiegelworld who submits satirical columns to the Las Vegas Review-Journal for the amusement of our readers.