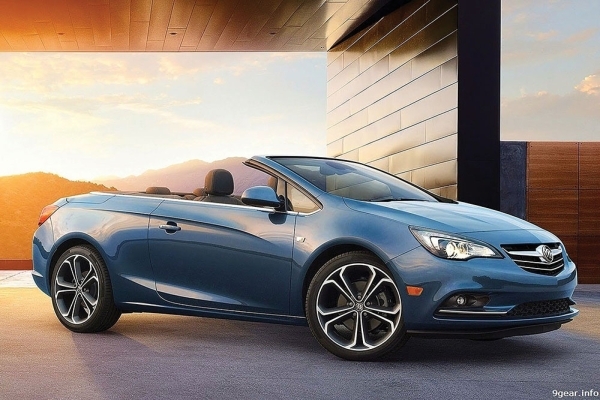 Buick introduces an all-new 2016 Cascada, a compact four-seater convertible. Powered by a 200-horse turbo, it‘s a good-looking car, although past Buick small convertibles never lasted for long. Cascada is the first Buick convertible since the 1991 Reatta, and with a proposed entry of about $31,500, it‘s certainly worth a look. COURTESY PHOTO 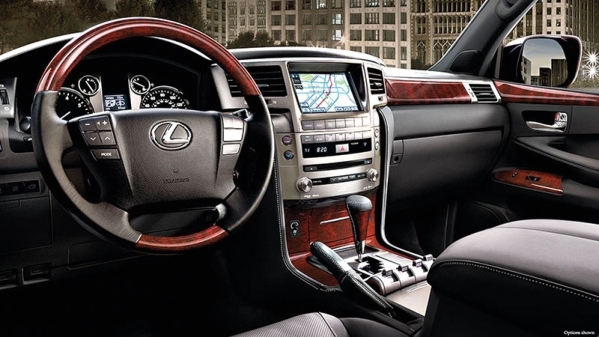 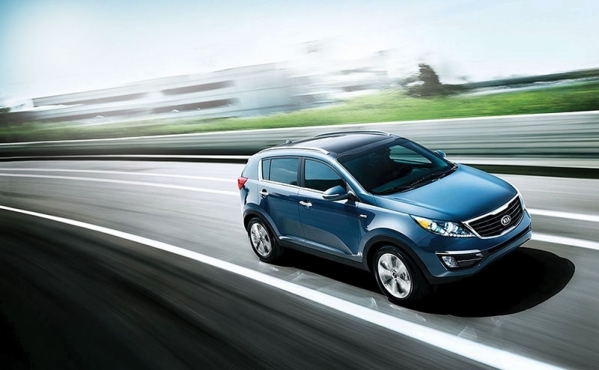 Six Kia models highlight the 2016 year with an all-new Optima ready for your test drive. It‘s completely new with a front end that makes me think "Lincoln." Better chassis structure and more amenities will make this midsize even more popular and will probably start at only $23,200 estimated. COURTESY PHOTO 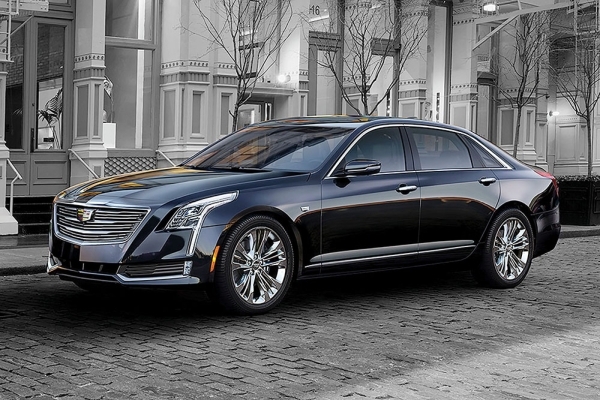 There are two brand new Cadillacs for 2016, the first called the CT6 with an estimated entry price of $62,500. It‘s a plug-in hybrid electric attached to either a four-cylinder, a fuel-injected V6 or the ultimate 400-horse twin turbo V6. Its looks are similar to its brother CTS. The second all-new CTS-V features a 640-horse Corvette-bred V-8 under the hood awaiting your throttle response. The "V" starts at $83,995 and is pretty much a Corvette bu 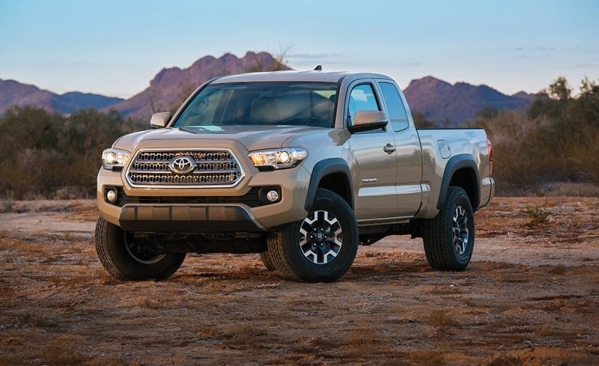 With a total of eight cars to choose from, Toyota enters 2016 similar to 2015. COURTESY PHOTO

It’s time for our annual “What’s really new” for the model year 2016. Although many cars receive upgrades, we’ll identify the truly all-new vehicles.

Following the introduction of the Alfa Romeo 4C mid-engine last year, Alfa moves up to debut an all-new 2016 Alfa Giulia, an Italian-built, mid- to larger-size four-door sports sedan. Look for this new Alfa at dealers by mid-year, and for you Alfa connoisseurs, yes, it is the second time the Giulia name has been used, first appearing in 1962 as a sedan. Lots of excitement here, with Fiat-Chrysler monies behind it and an entry price said to be under $50,000.

Of eight distinct offerings, two are new. Audi TT/TTS presents its third generation with an entry price of $42,900. The TT/TTS is the “affordable” Audi spots car as the all-new and even more powerful mid-engine exotic R8 starts at $117,150.

With continued success in the U.S. and overseas markets, Buick introduces an all-new 2016 Cascada, a compact four-seater convertible. Powered by a 200-horse turbo, it’s a good-looking car, although past Buick small convertibles never lasted for long. Cascada is the first Buick convertible since the 1991 Reatta, and with a proposed entry of about $31,500, it’s certainly worth a look.

There are two brand new Cadillacs for 2016, the first called the CT6 with an estimated entry price of $62,500. It’s a plug-in hybrid electric attached to either a four-cylinder, a fuel-injected V6 or the ultimate 400-horse twin turbo V6. Its looks are similar to its brother CTS. The second all-new CTS-V features a 640-horse Corvette-bred V-8 under the hood awaiting your throttle response. The “V” starts at $83,995 and is pretty much a Corvette built on a four-door format. (Love it!)

The nine Chevys for 2016 feature five all-new models, including Camaro, Cruze, Malibu, Spark and Volt. Of these, the Camaro and Malibu will surely receive the most praise, with the Volt in there, too. Hats off to Chevy as technicians must have been busy!

With six cars again to choose from, all models remain unchanged, with a nod going to the high-performance 707-horse Hellcat Challengers and Chargers. They debuted in 2015 but are still hard to come by. For true sports car fans, the Dodge Viper with its V-10 engine starts at $87,095.

Ford’s 2016 lineup of six cars is basically unchanged, but a major tweak to the Mustang deserves note. Optional Mustang Eco Boost turbo four develops 310 horses and 32 mpg highway all the way up to a Shelby GT350, which delivers 526 horses from a 5.4 V-8. Prices start at $23,800 for the entry 300-horsepower V6 Mustang.

The 2016 Honda Civic is all-new in the subcompact class, while the remaining three Hondas are pretty much the same as 2015 or slightly tweaked. The Civic is now in its 10th generation, with a new and very impressive exterior/interior. Starting at just $18,290 for the coupe and $18,490 for the sedan, look for Civic to be the big winner for 2016. Notable is a natural gas Civic we tested last year that starts at $26,740.

All eight 2016 Hyundai cars are similar to 2015, when most were all-new. Sonata adds a plug-in electric hybrid with an estimated $27,750 entry. A “regular” Sonata starts at $21,150, and all models are popular consumer choices.

Infiniti offers four models, of which two will be new and marketed as 2017s when they arrive sometime in mid-2016. Many are excited about the 2017 Q30 compact hatchback ($32,000 estimated entry), a former concept vehicle that debuted in Germany in 2013. The second new Infiniti, also a 2017, is the under-$45K Q60, a performance two-door coupe with a dual turbo 350-horse V6. Stay tuned as there’s lots of news coming from Infiniti. The Q50 and Q70/Q70 long-wheelbase models are similar to 2015 and are outstanding vehicles.

Two of the four Jaguars are all new, with the 2017 XE leading the way. XE is a $38,000-and-up four-door sedan that consumers expect big things from in the compact sport class division. This XE rear drive (also available in AWD) will surely impress, as a trio of engine availability includes a diesel and two four cylinders. If you want a bigger Jaguar, the all-new XF is a mid-size sedan starting at an estimated $48,600 and featuring two supercharged V6 engines at 340 and 380 horses. The F-Type (my favorite) stays the same, as does the flagship XJ/XJS, the latter offering 550 horses of supercharged V-8.

Six Kia models highlight the 2016 year with an all-new Optima ready for your test drive. It’s completely new with a front end that makes me think “Lincoln.” Better chassis structure and more amenities will make this midsize even more popular and will probably start at only $23,200 estimated.

Six car models are available at Lexus showrooms for 2016. Most are similar to 2015, including my favorite sporty 467-horse RC Coupe that starts at $62,400. A less-expensive RC starts at $42,000 with a turbo four. Notable is a new GS model called GS F, where the same 467 horse V-8 is available in a four-door sedan for about $75,000. The top-line Lexus full-size LS is unchanged and can cost more than $100,000 with all the options. However, keep in mind this is one of the best car lines in the world, hands down.

There’s lots of buzz about Lincoln’s new Continental on its way for 2017, but right now consumers have two fine four-door sedans to choose from, the MKS at $40,000 or so and the MKZ, which starts around $36,000. Me? I’m waiting for the Continental, but your Lincoln dealer can assist on some great buys on 2016s and current leftover inventory.

Big news is the all-new 2016 Miata. It’s already a big hit with fresh styling, and upgraded “everything” will keep it as one of the most attainable and fun-to-drive sports cars in America. Pricing starts at just $24,915 retail. Mazda’s 2016 car lineup also includes a tweaked Mazda3 and Mazda6.

With 10 Mercedes-Benz cars to choose from in 2016, one is all-new and it’s the high-performance AMG. This top-line sports car, with either a 403 or 503 horse hand-built V-8, is not for the faint of heart and is built to compete with world-class sports cars. You’ll need a minimum of $125,000 to start talking to your Mercedes-Benz dealer about an AMG.

Only two Minis are available for 2016, one being the all-new and longer-wheelbase Clubman that starts at $26,000. The Mini coupe and Mini convertible are terminated for 2016, leaving the lone small Mini hardtop unchanged. I expect the nearly 11-inches-bigger Clubman to be a success.

Three 2016 offerings come your way as the i-MiEV Hybrid, Mirage and Lancer stay basically the same, although Mirage offers a new sedan (estimated $14,200 entry) along with the four-door hatchback. Mirage delivers a leading 44 mpg highway for non-hybrid vehicles, a notable plus.

Nissan dealers have seven distinct automobiles to offer, from a $13K Versa subcompact to a $106K GT-R/Nismo. However, all-new for 2016 is a great-looking Maxima, which we are test-driving now. Thus far, it’s a great car and sure to be a big winner. Maxima starts at $32,410 and is as close to sibling Infiniti as you can get for much less.

The three 2016 cars from Subaru — Impreza, Legacy and rear-drive BRZ — all receive some tweaks and refreshments but no major changes. BRZ is a co-op with Scion FR-S as both are identical. The Impreza Sedan AWD is one of my Best Buys at $18,000.

With a total of eight cars to choose from, Toyota enters 2016 similar to 2015, when most received major updates or all-new status (Camry). The new model this year is a “California-only” Toyota Miral, a $58,000 hydrogen fuel cell electric engine sedan. Miral will feature a fully electric 151 horse engine and front-wheel drive.

Five cars for 2016 as the German automaker drops the EOS convertible line. Coming off 2015 that included a Motor Trend Car of the Year award, most models receive minor tweaks and some styling updates on Passat. The Golf is a Test Drive Best Buy and starts under $20,000.

Greg Zyla writes weekly for BestRide.com, More Content Now and other GateHouse Media publications. He and his son, Tim, do a father/son Test Drive review regularly.