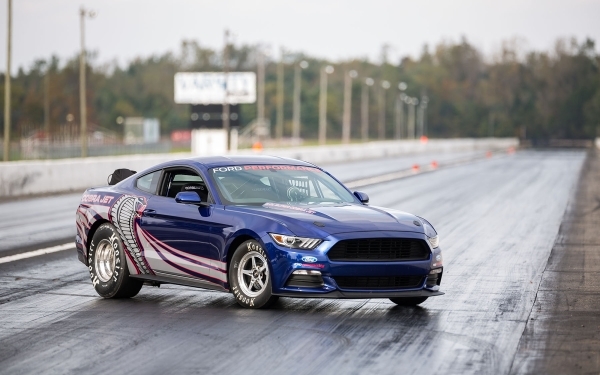 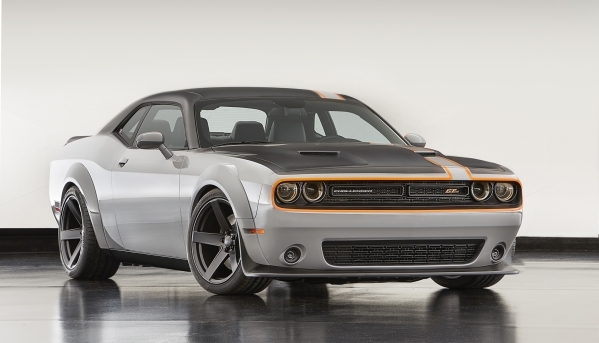 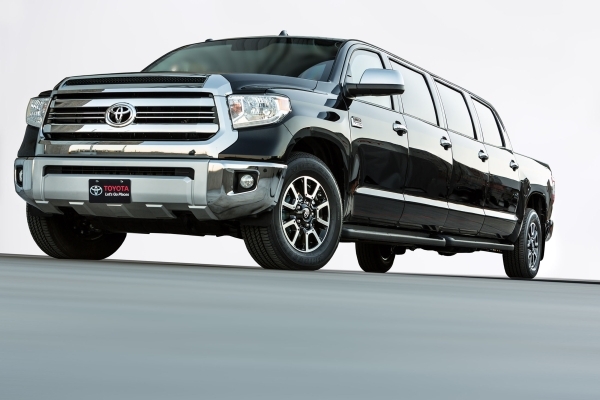 The Toyota Tundrasine is a pickup truck turned into a limousine. COURTESY 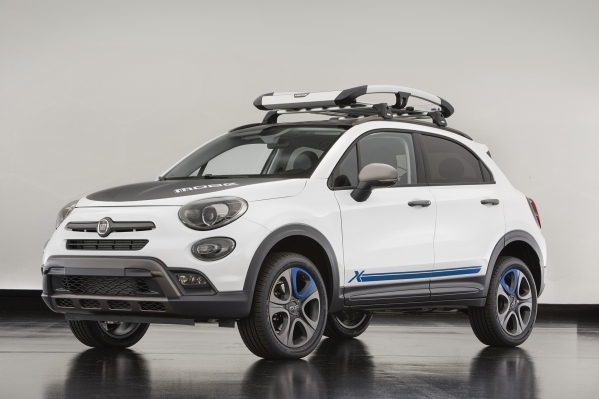 The Fiat 500X Mobe demonstrates what can be done with off-the-shelf Mopar products in a beach-going theme. COURTESY 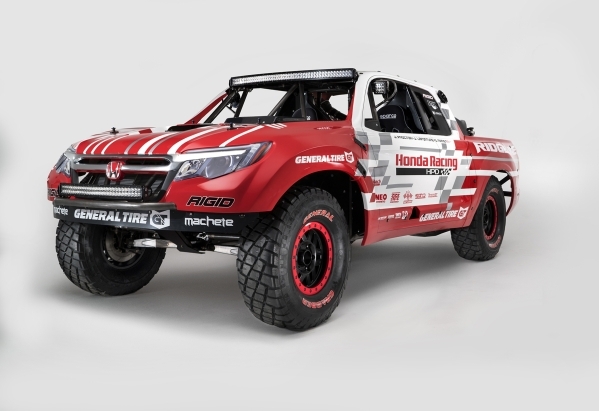 So, if you’re been anywhere in the vicinity of the Las Vegas Convention Center this week, you have witnessed the spectacle that is the Specialty Equipment Manufacturers Association show, commonly known as SEMA. It’s one of the biggest shows to roll through annually, and it displays some of the biggest and most unusual vehicles you will see anywhere in the world.

The Honda Ridgeline Baja Race Truck, while built to take on the Baja 1000 later this month in Mexico, has important real-world implications. Honda suggests its gives clues to the styling direction of the 2017 Honda Ridgeline pickup.

According to Honda, key design cues drawn from the 2017 Honda Ridgeline can be seen in the front fascia, hood, roof, bed and side profile. When it goes on sale in the first half of 2016, you’re going to have a sharp-looking truck. It also won’t have a twin-turbo, 550 horsepower V-6 either, but something tells me you could find one on the aftermarket if you had enough money.

The vehicle’s 5.7-liter Hemi V-8 engine uses an AWD package to power all four wheels, paired with an eight-speed transmission. The 5.7-liter engine is upgraded with the Scat Pack 3 Performance Kit, which delivers a boost of up to 75 more horsepower and an additional 44 lb.-ft. of torque. It’s fast and holds the road in corners. What could be better?

Another reason to include it is it demonstrates what can be done with off-the-shelf Mopar products in a beach-going theme. Among them is a Mopar roof rack, featuring special Mopar logo graphics, working in concert with side rails to create a transport for a kiteboard or other recreational equipment.

OK, maybe this one isn’t a vehicle you will see on the streets. However, aspects of high-performance cars trickle down into production vehicles. The new Cobra Jet is a factory-built race car that is legal for National Hot Rod Association Stock and Super Stock drag racing, as well as several associations. Also like its predecessors, the new Cobra Jet is limited to 50 units — making the 2016 edition among the most collectible Mustangs ever.

The Cobra Jet engine is made up of 75 percent production Mustang GT components topped by a front inlet Whipple supercharger. As delivered, it’s capable of eight-second quarter-mile times. (It even shares a part with the Ford C-MAX Hybrid: an electric water pump that cools down when the engine is off.)

OK, so not all of the vehicles will ever see the light of day. Frankly, I can’t figure out why Toyota even built the Tundrasine (but secretly I’m glad it did). It’s a pickup truck turned into a limousine.

The vehicle started out as a Toyota Tundra 1794 Edition 4Ã4 CrewMax 5.7-liter V-8 pickup. Toyota then transformed that full-size Tundra into a larger-than-life-size limousine. The Tundrasine is more than 26 feet in length and has a wheelbase of 235.9 inches.

Among its other attributes, it is 90 inches longer than a standard 4×4 Tundra CrewMax. It also weighs 2,288 pounds more at a whopping 7,978 pounds. It also has eight doors and a standard pickup bed because you don’t want to load your limousine down with peat moss.