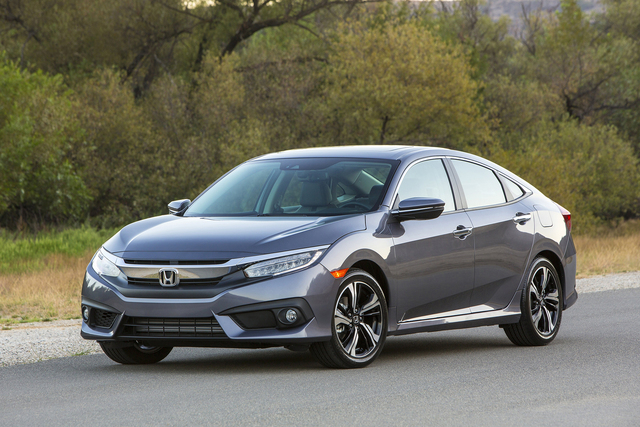 Syndicated Car Talk columnist Ray Magliozzi was asked recently by a mother if her next car should come with a manual transmission so her children could learn how to drive one.

Frankly, at first, Magliozzi’s answer was surprising. He said no but then explained that a young driver needs to learn the basics of safe driving before attempting to drive a manual transmission.

Time was one would buy a manual transmission for better performance. That’s no longer true because probably less than ½ of 1 percent of the population can out shift the modern automatic transmission.

Also, one of the best sports cars in existence, the Lamborghini Huracán is no longer sold with a manual transmission — and it doesn’t make a difference. Four days spent driving one last spring drove that point home for me.

Time was the better fuel economy came from manual transmissions. Sure, it might only be 1 or 2 miles per gallon, but it was better.

In the last decade, the tide started to turn. Those automatic transmissions that provide better performance and quicker shifting also provide better fuel economy, especially when they are geared that way.

The 2015 Honda Civic with a 1.8-liter four cylinder engine and a CVT gets a combined 33 mpg. The same engine mated to a five-speed automatic transmission is rated at 31 mpg by the EPA.

Back in 2005 it was a different story. The automatic Civic was rated at 29 mpg while the manual transmission clocked in at 30 mpg.

For a better price?

This still holds largely true. You’re going to save money by buying a manual transmission.

Let’s look once again at the Honda Civic. A 2016 Civic sedan with a six-speed manual transmission has an MSRP of $19,475. The equivalent model with the CVT has a suggested retail price $800 higher. There’s still money to be saved by buying a manual transmission.

Gary Mamiya, Internet sales manager at Findlay Honda, said the Las Vegas-based dealership sees a combination of customers asking for manual transmissions and those who only want automatic.

“They’re a rare breed,” he said. “People who want manual have been driving them their whole lives and they don’t want one if they haven’t.”

But whether buyers choose a manual or automatic transmission, Mamiya said the 2016 Honda Civic’s all-new redesign offers great options, such as Android Auto and Apple CarPlay, which are compatible with smartphones, as well as a camera in the right mirror and remote start.

“For a car of its size to have those features makes it a really great product,” he said. “There’s a big difference over the 2015 model.”

Roughly 40 million used cars were sold in 2015 and about 17 million new ones. Anywhere from 4 to 6 percent of new cars come equipped with manuals. Carry that math out, and between new and used you’re looking at approximately 2.5 million cars annually with manuals.

It might be good to learn how to drive one because you might be stuck driving one. It happened to me in college when I was working for a rental car company.

I was 50 miles away from my home office when I was told to drive back a Toyota Tercel — with a five-speed manual transmission. Fortunately, I knew the basics and got myself home without destroying the clutch. Made me wish I had been taught how to drive one.

Tempted to buy a manual transmission car? There are still lots of choices out there. Just consider you might be hurting your resale value because less and less people are driving them. However, there is still something to be said for controlling the shifting.

Plus, you’ll never be stuck if you know how to drive a manual transmission.